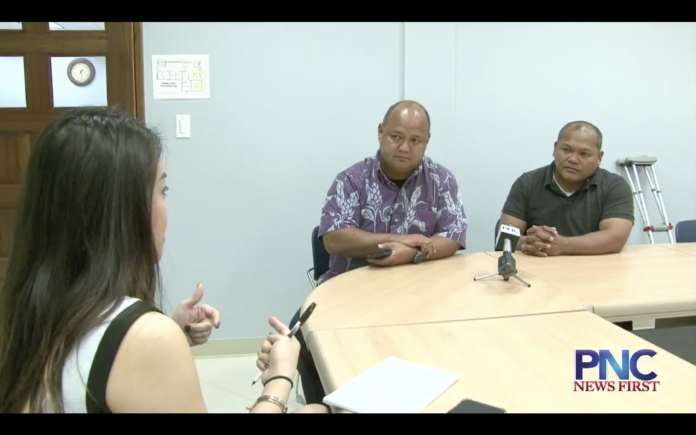 Guam – The Guam Department of Education is acknowledging that the active shooter drill that was executed Monday at Tiyan High School was poorly done.

But now that the dust has settled and it’s clear that it was only a drill, GDOE also wants to remind the community that, ultimately, the people who will be protecting our schoolchildren are the school administrators and teachers.

Imagine being a parent and receiving a message from your child that an active shooter is on campus. What would you do? How would you feel? If you answered “terrified,” you aren’t alone.

Many parents reacted the same way when they received that exact same message from their children at Tiyan High School that an active shooter was on campus. Fortunately, it was only a drill. Unfortunately, some parents, faculty and students didn’t find out until much later, causing panic and fear among stakeholders.

It turns out Tiyan High Principal Sophie Duenas executed the active shooter drill without guidance of or notifying GDOE central office. In fact, GDOE Superintendent Jon Fernandez was not even aware.

“There wasn’t any information about Tiyan [in our emergency chat group]. Once I put the question out there I did receive some information from Sodexo that some of their employees had received a text message from the school administration indicating that this was not a drill,” explained Fernandez.

It wasn’t until Fernandez drove to the school himself that he finally learned the active shooter was only a drill.

After the incident, GDOE received a flood of calls and complaints from parents and other stakeholders.

“So as we go through this, a lot of people are saying, ‘Well who’s gonna be accountable? Who’s responsible? Who’s to blame?’ That’s understandable for those who are angry and kinda frustrated because in the middle of the incident they felt that anxiety and that’s true,” noted Fernandez. “The administrator at Tiyan High School wanted to do something to improve the effectiveness of the preparation. Now I wouldn’t say that the judgment was, in retrospect, the right judgment. But I don’t think there was an intent to cause anxiety unnecessarily in the community.”

While there may still be a sense of frustration following Monday’s drill, Fernandez emphasizes that the people who will be protecting schoolchildren in the event of a real active shooter situation are those same administrators who may have been involved in the decision-making process for the THS drill.

“On the other hand we recognize that these are the front line. But at the same time what are we gonna do then to address those issues that you were trying to address,” added. Fernandez.

Education Board Chairman Mark Mendiola, who wears multiple hats as not just a chairman but also the husband of a Tiyan High teacher and parent of a Tiyan High student, says he too felt the anxiety many parents felt. But after learning about the active shooter situation only being a drill, he immediately felt a sense of relief.

We asked him about their board policies when it comes to drills and exercises.

“In our board policy, board policy 500, I believe that’s the number, in it it just sets the framework for it, but the actual [standard operating procedures]–and the way the lines of communication, it has to be fluid in a sense because as time progresses, maybe 10 years to 15 years when that policy was created, it didn’t address active shooter. Now that it is a part of what it is today and how we have to have terrorism and things of hazardous issues,” said Mendiola.

In the meantime, for those parents or students are still not satisfied with the explanation for the active shooter drill or who may just want to share their experience, Mendiola invites stakeholders to write to GDOE.

Both Fernandez and Mendiola said that future active shooter drills will not go unannounced and that all stakeholders will be notified beforehand, including the Guam Police Department, the GDOE central office and the Guam Fire Department.