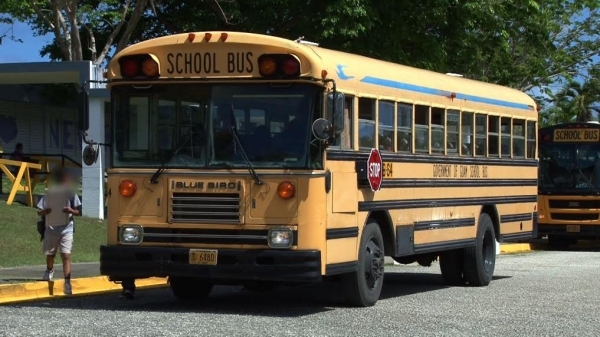 They’re looking at moving start times between 7 to 8 am.

The Guam Department of Education is proposing to start school sometime between 7 to 8 in the morning, instead of start times being 6 to 7 am like in the previous school years.

GDOE Superintendent Jon Fernandez says this proposal was possible for this coming school year because the Department of Public Works received more than 20 new buses.

“Right now, we have high schools are starting between 6:30 to 7 in the morning and that’s raised concerns by those who believe that a later start for high school students will contribute to improved student achievement and safety issues regarding students being out at the bus stops before it’s light,” he says.
So far, according to Fernandez’s Twitter poll, most students prefer a later start time. Fernandez says he received input from more than 1800 students online. He explains, “It looks like there is a desire to see a later start time for high schools. We got a little bit over half of them wanting to start between 7 to 8 in the morning. So that’s good to note that students are interested in the change of schedule.”
Fernandez says GDOE is working closely with DPW for the change of schedule. So far, they’re looking at having some high schools start at 7 am and end at 2 pm while others start at 7:45 and get dismissed at 2:45 pm.
He says, “Once we make a determination, we’ll let DPW know. There seems to be public sentiment for a later start time, I agree with them. I think this is an opportunity for DPW to accommodate the changes somewhat so hopefully we make that decision soon and get the bus schedule out to students and families for the coming school year.”