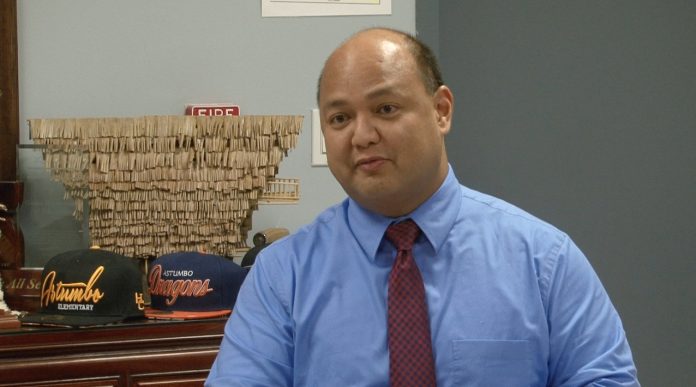 Fernandez says that renovating Simon Sanchez is first on the list of renovations once the bidding process is complete and the project begins. Back in November DPW said, at best case scenario, will begin in December of 2016

Guam – Guam Department of Education has completed the ranking and submission of bids for the $100-million renovation of Simon Sanchez and other various improvements.

GDOE superintendent Jon Fernandez says that his evaluation committee completed the ranking and submitted it to the department of public works on December 21. Back in November, DPW received three offers from the Guam Educational Facilities Foundation, Pernix Guam, and Core Tech International. The evaluation committee is headed by Fernandez and consists of directors from DPW, the Guam Economic Development Authority, the Guam EPA and the department of land management. Fernandez says that it’s now up to DPW to proceed.

“And so now it’s in DPW’s hands. What they’re are going to do then, my understanding of the process is they will then commence negotiations with the highest ranking Offeror and if they come to terms that will be something that will happen during the regular procurement process. I think doe will be part of those discussions and we’ll wait for to take the lead and then we’ll go from there. We’re hoping those negotiations will take place and be complete, hopefully in January,” said Jon Fernandez.