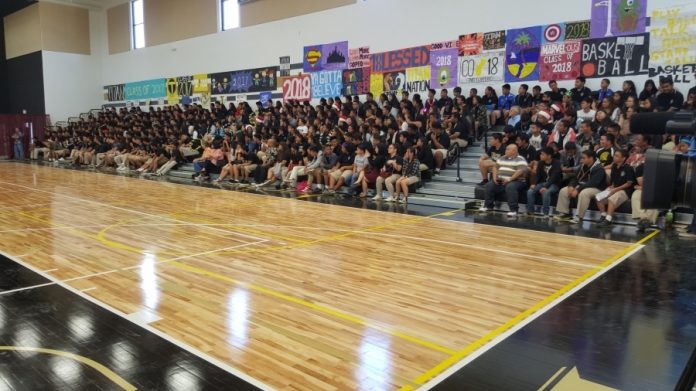 School resource officers will be absent from public high-school campuses when school opens next month.

Guam – The Judiciary of Guam had to immediately suspend the School Resource Office program from GDOE indefinitely.

According to a release today, DOE Acting Superintendent Joe Sanchez wrote a letter to court management informing them that all programs provided by the judiciary would have to cease until a new agreement is put in place. Sanchez says prior agreements were based on inter-agency MOU’s which are no longer acceptable to US DOE. Services provided by government agencies must now be procured through a Request for Proposal process. The Judiciary of Guam announced the immediate suspension of the SRO Program, Play by the Rules Training and Curriculum, Safe School Ambassador Program, and Bully Prevention Program in GDOE and private non-public schools. SRO’s and program personnel have been advised of this program development and have been informed that 60-day furlough notices would be issued in the next few days.