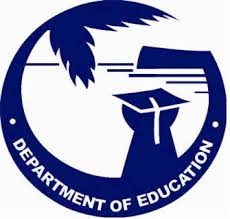 If UOG and GCC are still behind by $13.6 million and $8.05 million respectively, the total combined cash shortfall of the three educations agencies would be $33.4 million dollars.

Guam – GDOE is short by $11.8 million dollars for this fiscal year.

According to GDOE Deputy Superintendent Chris Andersen GDOE is behind $11.8 million dollars in it’s allotment schedule. As of yesterday(Weds.) UOG confirmed for PNC that they were behind $13.6 million. On Tuesday GCC told PNC they were behind $8.05 million. Legislative education committee Chairwoman Senator Nerissa Underwood says she’s really disappointed “When the cash is not provided to these educational agencies the ones who really suffer are the students and the teachers the supplies cannot get to the classrooms the utilities are jeopardized I mean the operations as a whole. The University of Guam I know they just finished their review for their accreditation and so I’m hoping that the cash crunch that they have experienced and has been on the books will not affect the results of their accreditation review,” said Andersen.

PNC could not confirm if UOG and GCC were still behind by the same amount but if they are the total combined cash shortfall would be $33.4 million dollars.