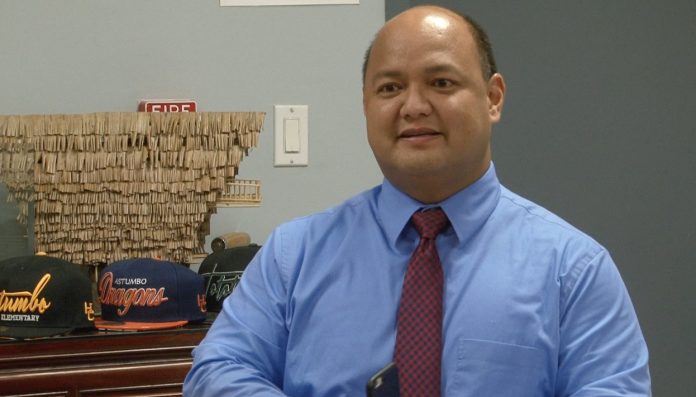 GDOE Superintendent Jon Fernandez says that with the installation of solar panels on the schools, it could potentially save GDOE 500-thousand dollars a year.

Guam – After skepticism from the Guam Power Authority on GDOE’s plan to install solar panels on four GDOE schools, Superintendent Jon Fernandez says that he will have a response to GPA’s concerns by the end of the year. PNC’s Tim McHenry has more…

Jon Fernandez says that he hopes to have a plan to respond to GPA’s concerns about their solar panel pilot program by December 31. Currently, Fernandez says that they are working with the vendor to make sure that the changes GDOE has made to the contract, with respects to GPA’s comments, did not change the financials of the deal. Once that is done, Fernandez says they will officially respond to the Guam Power Authority. Some of the main concerns GPA has with GDOE’s Power purchasing agreement with the Guam Energy Financing Foundation is the way GDOE is calculating its payment for solar energy. The current agreement states that GEFF is paid $0.23 per KwH, with a two-percent hike each operation year after. GPA has responded by saying that the 2-percent hike is too steep and will eventually put GDOE in a position where they will end up paying more for solar energy than what GPA would ultimately charge over that same period.

“I’ve been calling this a pilot project because it’s really an opportunity to see and test the reality of being able to generate savings from an alternate source of energy. We’re not taking all of our schools and taking them off the grid. We’re really just talking about four schools, out of 41. So we know there are concerns in terms of how we move forward with alternative energy. I know GPA has it’s own concerns about how it’s going to manage that from its side,” said Fernandez.