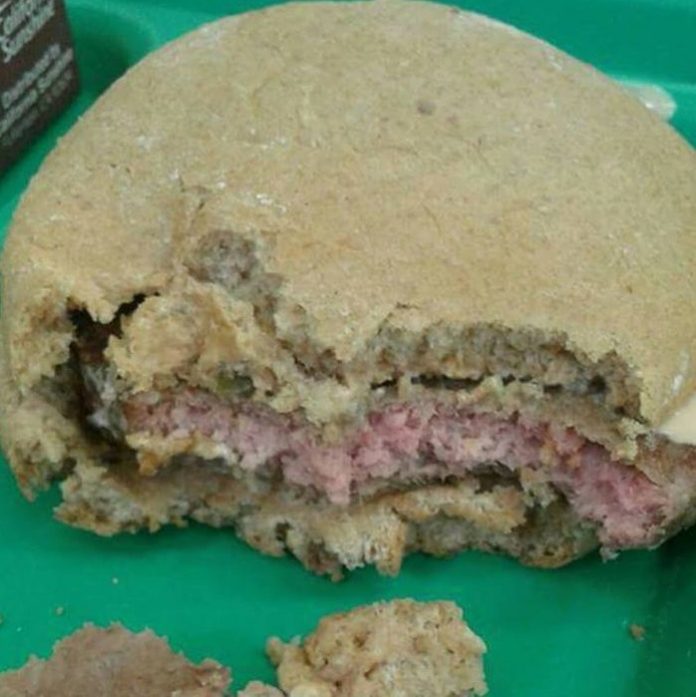 The investigation into the matter is completed.

Guam – GDOE Superintendent Jon Fernandez says they wrapped up the investigation regarding the undercooked burgers served to Okkodo High School students for lunch and he tells PNC that it was an isolated incident.

Last week Thursday, this picture was posted on Facebook by a concerned parent. According to Guam Department of Education Superintendent Jon Fernandez, it wasn’t just parents that were concerned about the meal, students also reached out to him. According to Fernandez, the findings indicate that it was the failure to utilize the correct cooking procedures and failure to measure the cooking temperature that are to blame. Fernandez says he wants to make sure that there are correcting procedures in place but he is glad that the issue wasn’t widespread.

“I will take action after reviewing the findings but I feel pretty assured because Okkodo and it’s cafeteria hasn’t seen any similar incident in the recent past so it does seem like an isolated incident but of course we take it seriously and we’ll fully address it now that I’m assured that procedures are in place to ensure that it doesn’t happen again,” he says.
Fernandez says although he’s happy that students are comfortable enough to report to him directly via social media, he encourages them to share any issues they encounter at the school to an administrator so immediate action can be taken. Okkodo is one of the four public schools where the food services are GDOE operated.