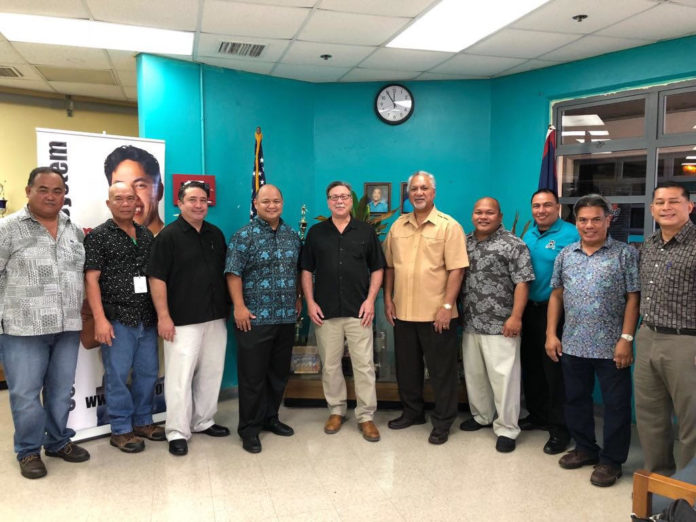 Guam – A visit to Southern High School on Monday by GDOE Superintendent Jon Fernandez oversaw the completion of much needed facility upgrades.

In a press conference Monday, Fernandez gave details on his meeting with Nik Pula, Director of the Office of Insular Affairs who was joined by Doug Domenech, Insular Affairs Assistant Secretary.

As an agreement between Insular Affairs and GDOE, $5 million dollars has been appropriated to be released over a period of five years for facility works.

$1 million dollars this year will go towards structural improvements of canopies and insulation for the fire alarm and bell system at Southern High School.

Despite the release of $1 million dollars annually, Fernandez says it is “not a huge amount of money” when considering that GDOE’s has $90 million dollars in deferred maintenance.