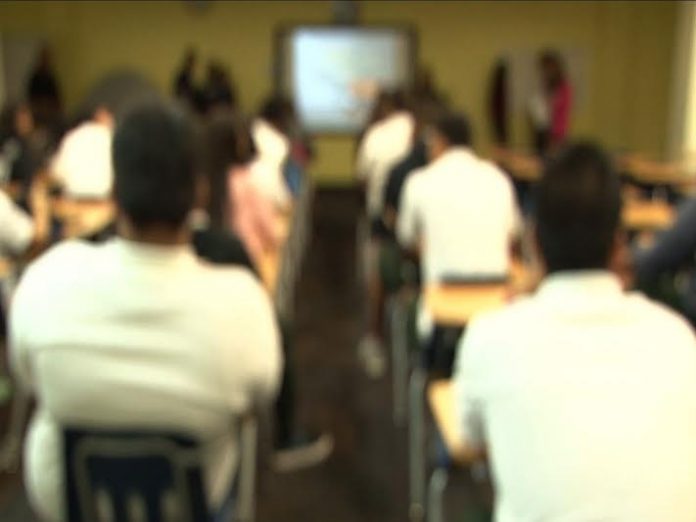 In fact, GDOE has to comply with this recent federal guideline in order to continue millions of dollars in federal grants.

Guam – The Guam Department of Education has two months to comply with federal guidelines related to ensuring that transgender students are not discriminated against, or else, their department may lose the chance of receiving $25 million dollars in federal funding.

GDOE Superintendent Jon Fernandez says, “Every year, when we apply for a federal grant, like our consolidated grant which is like $25 million dollars to our department, we have to sign assurances that we are complying with all federal requirements including Title IX. So this year, when we sign on the line we’re saying that we’re complying with that requirement to ensure access to restroom facilities for transgender students. That’s the guidance. If we don’t want to assure the government, there is a possibility that we won’t be able to access those federal funds.”

According to GDOE Superintendent Jon Fernandez, under Title IX of the Education Amendments of 1972, schools receiving federal money may not discriminate based on a student’s sex. That means, GDOE must:

– Treat students consistent with their gender identity even if their school records or identification documents indicate a different sex
– Allow students to participate in sex-segregated activities and access sex-segregated facilities consistent with their gender identity; and
– Protect students’ privacy related to their transgender status
Fernandez says, “Some people think that if there’s a boy’s restroom, a girl’s restroom and a transgender restroom that that’s compliant, but that’s not how I interpret the guidance. The guidance is if you have a boy’s and girl’s restroom, they should be able to access the restroom based on his or her gender identity.”
He explains that transgender students would have to register themselves as transgenders at their respective schools. He says, “It requires that transgender students identify and register at the schools so it’s not just going in and saying ‘hey I identify as a girl or a boy’. You really have to identify yourself as a transgender student and establish your gender identity with the administrator so they’re able then to ensure there’s proper access provided.”
Fernandez says during their next work session with the Guam Education Board, they will be reviewing the federal guidance, coming up with policies, and making plans on how to implement the policies at the schools. On top of that, GDOE would need to get feedback from stakeholders as well. “I think the most important thing is to get feedback from the community. I ran a Twitter poll to get student input. We have over 60% of participants, with over 1000 respondents, that they agree with the federal guidelines. There were 20% who disagreed and another 20% who were up in the air and unsure,” he explains.
GDOE is pressed for time as they only have six weeks to comply with the guidelines. “At that point, I would hope we resolve this issue internally, that we are all in agreement about this expectation, and what it means to implement and comply with Title IX so I can sign confidently on that assurance line,” says Fernandez.