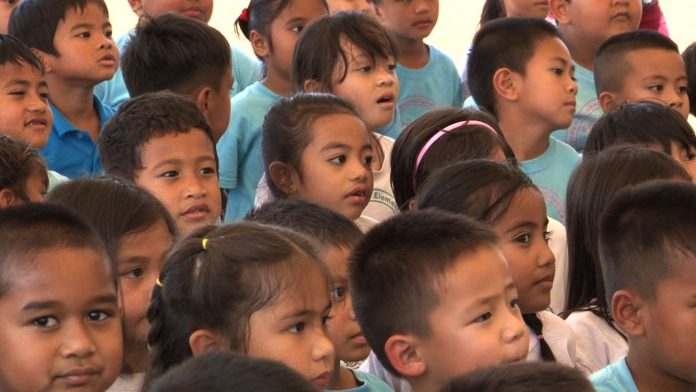 GDOE is still working on the evaluation of this pilot Pre-K program.

Guam – At the round-table discussion this morning, Senator Nerissa Underwood also wanted an update on the Guam Department of Education’s Universal Pre-Kindergarten Program.

Underwood asked DOE officials if they plan to expand the program this coming school year to four more schools in which they answered no, they’re not necessarily prepared to expand to other schools yet. Underwood explained that to her understanding of a universal Pre-K, every child is provided support, whether the child is in a public of private daycare. However, GDOE Deputy Superintendent Joe Sanchez says DOE does not have the capacity of providing those services and don’t have the funds to support an expansion.
He says, “In our planning of DOE, the term of universal Pre-K, our plans were really a small amount of students but hitting every school, so our plans haven’t gone as far as saying making this required for every school and every student to attend Pre-K but we do want to make the availability there.”
GDOE Zeny Natividad says so far, they only have demographic data to report. GDOE is still working on the evaluation of this pilot Pre-K program.