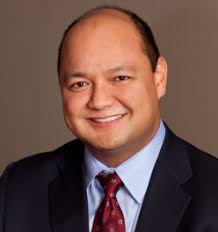 The Guam Department of Education is working to resolve the student resource officer issue after the Judiciary decided to discontinue the deployment of School Resource Officers (SROs) to the island’s public schools.

GDOE Superintendent Jon Fernandez, in an interview with the Patti Arroyo show on NewsTalk K57, said he is meeting with Chief Justice Katherine Maraman to thresh out the issue.

He added: “But there seems to have been some level of miscommunication, whether it’s from the Judiciary or with our own folks. All I know is that after Sept. 30, I was informed that there would no longer be SROs showing up in the schools.”

Fernandez said they already issued a formal letter asking for clarification from the courts as to whether they would continue to provide the SRO service.

“I don’t believe we received a response yet, but I reached out to the Chief Justice to ask if we can discuss this matter,” the GDOE superintendent said.

In the meantime, Fernandez said GDOE has already been working with the Guam Police Department in the interim to provide additional security to the schools.

He added that what GDOE envisions for GPD’s role was more of a so-called village beat where police go by the schools and spend some time on campus during their normal beat.

“I think that’s one model of community policing that we should be looking at because schools are a part of the community and they are heavily populated during normal workdays,” Fernandez said.

“Our school administrators are happy to see the cops come by proactively from lunchtime towards the end of the school day and sometimes even in the morning just to show up and show support,” he added.

Fernandez also announced that the SRO program, which would require a school resource officer to be at a school all day, will be put out for bid and that it is a federally funded program.