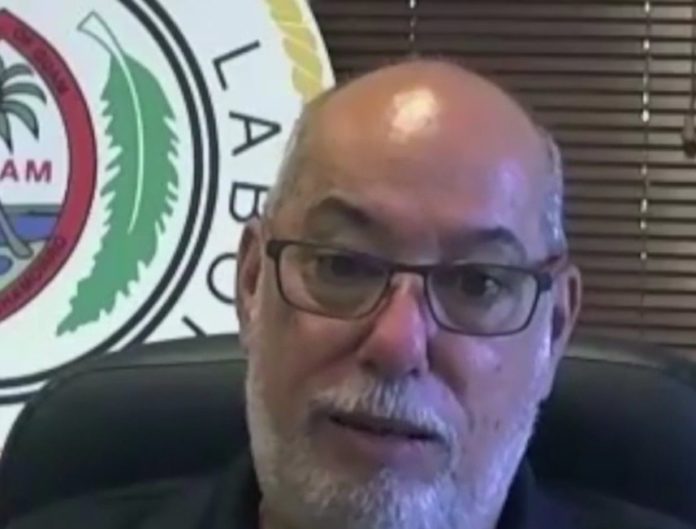 The Guam Department of Labor is getting ready to dole out that extra federal funding for unemployed, reduced-hours, and furloughed workers.

The Lost Wages Act (LWA) was signed by President Donald Trump and Guam has been approved to send out $300 per week to affected residents.

Guam received an initial allotment of $22.6 million and at first, that funding only covered three weeks of payments: July 26-August 15 (when the $600 FPUC bump expired).

However, during his presentation at the Rotary Club Thursday, GDOL Director David Dell’Isola said Governor Lou Leon Guerrero had conversations directly with FEMA and they agreed to double Guam’s award, with an additional $22.6 million, meaning GDOL can now pay out benefits for six weeks.

“I’m happy to tell you that she went ahead and moved forward with the funding for weeks 4, 5, and 6. Together we submitted a plan and just 20 minutes ago, I got an email from FEMA saying they’re going to grant the Governor’s request for weeks 4, 5, and 6 and that will be another $22 million…so that’ll be a total of $45-$46 million potential dollars going back into our economy,” said Dell’Isola in the virtual presentation.

Dell’Isola confirmed with PNC News Friday, that he signed the additional $22.6 million contract with FEMA for weeks 4-6.

He says programming for the payments in the online software is in the final stages and should be moved into implementation soon.

The department is hoping to make the payments in two batches; the first covering weeks 1-3 and the other for weeks 4-6.

Dell’Isola says he expects the first batch to go out, “in less than a couple of weeks.”

Residents do not have to apply for this additional money. Anyone who made more than $100 in PUA benefits during these timeframes will automatically qualify for the payments.

This $100-or-more cut-off eliminates many people who initially received the FPUC top-up, since under that program, residents only had to make $1 in PUA money to get the full $600.

Since the first three weeks cover the time before the island went into a second PCOR 1 shutdown, Dell’Isola says there will be less claimants in that batch, as more people returned to work during PCOR 3.

However, weeks 4-6 begin literally the same day the island locked down on August 16, meaning a big uptick in claimants who were laid-off, reduced, or furloughed at their workplaces due to the business shutdown.

Overall, Dell’Isola says he expects around 20,000 claimants on island to benefit from the LWA payments.