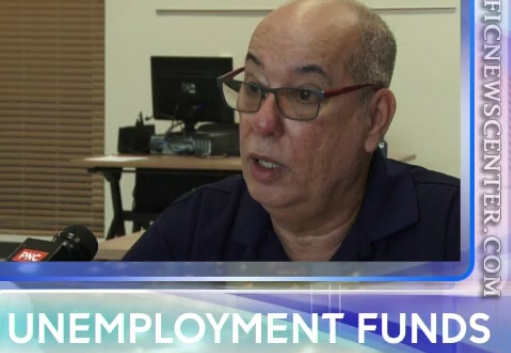 The Guam Department of Labor is getting ready to send out their next batch of unemployment funds totaling around $9.7 million.

David Dell’Isola, the department’s director, says the money should be hitting Guam bank accounts next week.

He says staff have been working through PCOR 1 remotely, particularly with an influx of filings with the recent business shutdown.

As for any additional weekly “bump-up” money, now that the FPUC has expired, Dell’Isola says they’re in the final stages of applying for President Trump’s lost-wages act, but we’d only get funding for three weeks.

“We finished the draft, it’s going around for final comments, and we’ll be sending in that application very soon so we can hopefully get some additional funding for after the FPUC expired,” Dell’Isola said.

He added: “Because Trump only set aside $44 billion for this program, we all knew that it wasn’t going to last very long. We were all trying to figure it out. So what FEMA did was allot three weeks for all the states and every territory and then see what’s left over, and whatever is left over, if we can do another week, we’ll do another week.”

Dell’Isola says if it weren’t for FEMA’s strategy to divvy up the money fairly, Guam likely wouldn’t have received anything at all.

And an important note on the new program: Not as many people will qualify since residents need to be making at least $100 of the PUA when previously, they just needed to be eligible for $1.