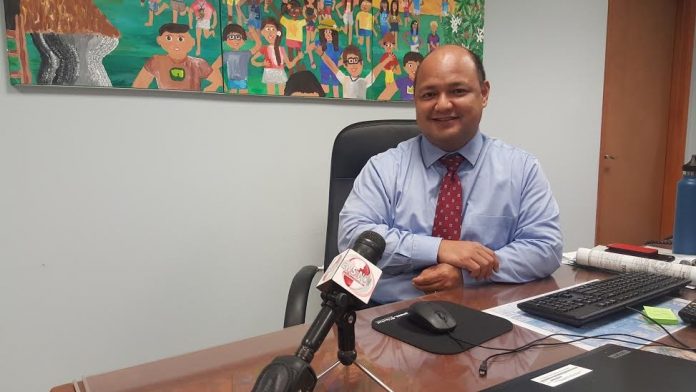 The Guam Education Board will decide whether or not they want to renew Jon Fernandez’s contract as the Guam Department of Education Superintendent. The board went into executive session last night to get their legal questions answered.

Guam – The Attorney General’s Office was able to answer all the legal questions the Board of Education had about the process to decide whether or not to renew Jon Fernandez’s Superintendent contract.

GEB Chairman Peter Alexis Ada says these are the clarifications to the questions that were asked. The board asked how many members does it take to make a decision. The AG says since there are 9 voting members, it will take five votes for a decision. The board also asked if they can use the Superintendent’s annual review as a basis for contract renewal to which the AG answered yes.
Ada explains that this now clears the way for the board to take a vote on December 16th. Ada says if the board decides to renew Fernandez’s contract, they have until March 1st to finalize the contract and notify Fernandez. However, if they decide to deny the Superintendent’s contract renewal, they would have to start the search for a new Superintendent.
Meanwhile, the Tiyan High School Titans want to keep Fernandez as Superintendent. They started a petition and posted it on social media.
Back in September, DOE Superintendent Jon Fernandez sent a letter to the board expressing his interest in continuing his employment for four more years. Fernandez says the reason why he wrote a letter to the board before his contract expires is so that there can be a smooth transition in the event the board rejects him. Since then, the board received five letters of support for Fernandez. Fernandez’s contract expires in June 2016.
The Attorney General also stated that the board can hire its own legal counsel and doesn’t have to share with DOE.