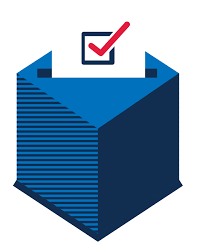 Guam – The Guam Election Commission will tabulate primary election absentee and provisional ballots on Wednesday, September 12 at 5:30 p.m. These ballots will be added to the final count before GEC certifies the results of the Aug. 25 primary.

At the urging of Democratic gubernatorial candidate Sen. Frank Aguon, Jr. and his running mate, Alicia Limtiaco, the commission had performed a recount of the results after the Aguon-Limtiaco ticket placed second in the race among the Democratic Party’s slate of four teams for governor and lieutenant governor.

An initial machine count after polls closed showed Lou Leon Guerrero and running mate Josh Tenorio in first place among Democrats, by a slim margin of 260 votes. A machine recount a week later narrowed that gap to 254 votes. GEC subsequently denied Aguon-Limtiaco’s request for a hand count of all ballots. That denial is now being challenged in court by populist taxpayer and voter Ken Leon-Guerrero as Aguon-Limtiaco endorse a write-in movement staged by Guam Citizens for Public Accountability and Guamanians for Fair Government.