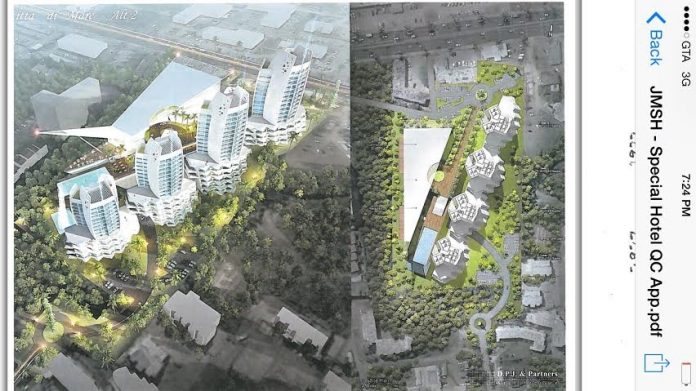 Guam – On January 21st GEDA approved two special Qualifying Certificate’s for two proposed hotels. These Q.C.’s must still be approved by the Attorney General and the Governor.

Here’s a closer look at exactly what kind of tax breaks these hotels were granted:

The first one is for JMHS11 owned by Mr. Hee Kyun Cho and Ms. Maria Minsook Cho. This proposed project is called the Citta Di Mare hotel which will be built behind the Acanta Mall in Tumon. The Citta Di Mare will be a $128.1 million dollar 4 tower 500 room hotel complex with a shopping center.

Here is what the GEDA board approved:

It’s estimated that the Cita Di Mare will make $29.5 million in revenues and will create 413 jobs with an estimated payroll of $16 million dollars.

The GEDA board also approved a special hotel Q.C. for TNN Guam inc. which is owned by TNN holdings inc. the company is planning to build a $164.7 million dollar 26 story 340 room high end luxury tower hotel next to the Hotel Nikko Guam.

Here is what the GEDA board approved:

The hotel is expected to make $41.5 million in revenues in it’s first year and it’s expected to create 90 full time jobs and 200 part time jobs with an estimated $8.7 million dollars in payroll.