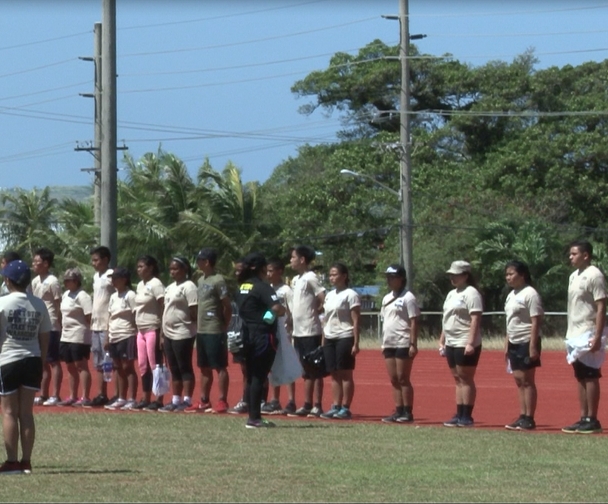 Guam – The George Washington Geckos in the JROTC program competed against each other to see who’s the best of the best.

According to GW JROTC PAO Sharminne Edangal, the event is called the “Cadet Challenge Bowl”. Over 200 cadets competed in five categories: push-ups, curl-ups, v-sit and reach, shuttle run and the 1 mile run or walk. The cadets not only competed, they were also evaluated by University of Guam cadets and recruiters from the US Army, Guam National Guard and US Marine Corps. Cadets with the highest score received a medal and a ribbon.
GWHS JOTC Warriors Batallion Commander Cadet Shontae Nicole says, “The general purpose of this event I would say is to enhance our cadets physical fitness and to bring us together more as a battalion.”
Edangal says GW hosts a “Cadet Challenge Bowl” every year.