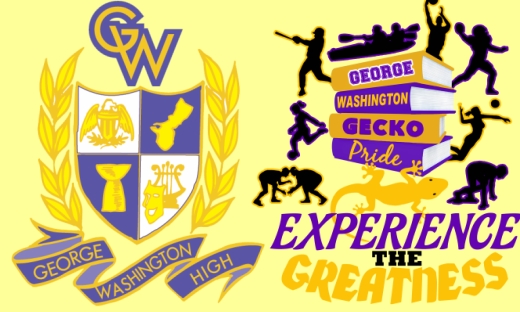 It’s been years since the Request for Proposal to renovate Simon Sanchez High School and fix up the rest of the Guam Department of Education was formulated and now, a protest is threatening to delay it even further. Currently, the RFP is on hold because a protest was filed about a week ago. Because of the delay, students at Sanchez have to wait a little longer to get their school fixed and some students from George Washington are calling for renovations for their school as well.

Guam – George Washington High School students are speaking out saying that their school is in desperate need of repairs. Students from the wrestling team spoke about the deplorable conditions at their school on K57’s Four Hour Fill with Phil Leon Guerrero.

GWHS Senior Justin says, “They need to pick up the pace. Our school needs renovations too. It’s not just for us seniors but the next generation. Throughout the years, I’ve never felt comfortable using the restroom because it’s dirty, the toilets don’t flush.”
What Justin is referring to is picking up the pace on the $100-million dollar Request for Proposal to renovate Simon Sanchez High School and patch up the rest of the schools. After a protest by one of the offerers last week, the RFP is on pause for now, causing further delays.
GWHS Junior Kyle explains, “It’s taking too long to renovate Sanchez when the government should make that the priority and help out all the schools. We’re the future. Right now, GW is super ghetto. I feel uncomfortable. There’s cracks on the floor, spit, it’s dirty, just unsanitary.”
Rats, broken lockers, unsafe railings, and dirty restrooms, are just a few of the problems the students say they have to endure at the almost 50 year old Mangilao campus.
GWHS Junior Robert says, “Our classrooms are falling apart and unsanitary too at the classrooms. We can’t fix the railing but we have tried. One railing is being held together by rope or rubber band or something.”
Robert explains that school organizations organize clean ups at the school, but he says they aren’t enough. He says, “We need to push for Sanchez renovation so GW can start too. If possible, start both but if we can push for sanchez first and then GW, it’ll be good.”
It’s been a week since Core Tech International filed a protest against the RFP process and according to Department of Public works Director Glenn Leon Guerrero, anytime there is a protest filed, the department has to work with the Attorney General’s Office to formulate a response. If the protester accepts the response, then the RFP can move forward. If not, the offerer can take the protest to the Office of Public Accountability. Until then, the RFP is on hold.