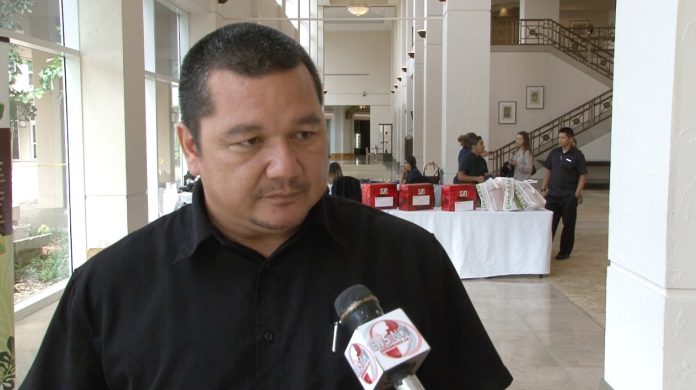 Guam – Guam Environmental Protection Agency Director Eric Palacios provides an update on the dumping of asbestos into the Layon landfill. Palacios says he plans to find out if the landfill was properly vetted for seismic activity during the pre-permitting process of the Layon landfill.

Eric Palacios says he will communicate with David Manning, the representative for Gershman, Brickner and Bratton, the federal receiver for the Guam Solid Waste Authority, about disposing of asbestos in the Layon landfill. Palacios says first he wants to look into a ‘citing report’ which, according to Palacios, is a report done in the early, pre-permitting process of the Layon landfill that ensures seismic activity was properly measured for resident safety.

“One of the things I’m interested in right now is the whole citing report. I do want to make sure that seismic activity was properly vetted during the whole pre-permitting process,” said Palacios.

“When it comes to opening up any landfill, seismic activity is part of the application process and so because there’s a lining system in place, any movement in the earth’s crust could potentially compromise that lining system. I want to make sure that that was properly done back, 8, 10 years ago,” said Palacios.

When the Guam EPA initially proposed to allow the dumping of asbestos into the Layon landfill, the plan was met with heavy backlash from some elected officials as well as a Chief District Court Judge and the federal receivership for the Guam Solid Waste, GBB. Inarajan mayor Doris Lujan says that she and her constituents would protest any plans to dump asbestos into the Layon landfill, which has pre-existing issues within the Inarajan community like foul odors; something Inarajan residents have complained about in the past. Palacios says that he has answered all the questions raised about the plan.

“We are still gathering information, you know, I did answer all of the courts questions at the court hearing and if anyone is doubtful of the information that I put out, they can reach out to the US EPA. Especially for those people that have the wherewithal to reach out directly to the US EPA, you know like certain federal officials, elected officials or appointed officials for that matter. They can get it straight from the US EPA, ACM is allowed that can be disposed of,” said Palacios.

Palacios says that ACM is allowed, as shown in the US EPA’s rules and regulations, to be properly dumped.