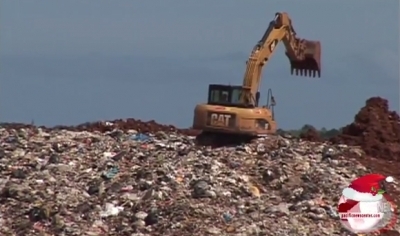 Guam EPA Administrator Eric Palacios clarifies that there was never a delay in the issuance of the permit for the Harmon Transfer Station.

Guam – The permit for the Harmon Transfer Station has been officially issued, but not before some disagreements over meeting the deadline for it.

In a special report filed by Federal Receivers Gershman Brickner and Bratton, complaints were brought up about the lengthy process of the permitting process from the Guam Environmental Protection Agency for the Harmon Transfer Station. GBB had noted that 109 days had passed since they submitted a draft permit to GEPA and still no permit had been issued. GBB had warned that if GEPA does not issue a permit soon, it could compromise the entire consent decree deadline. So we sat down with GEPA Administrator Eric Palacios to find out exactly what’s going on.

“I want to stress there was never a delay on Guam EPA’s part. The 109 days that the receiver noted in its special report includes the mandatory 45 day public comment period. That’s in statute. I can’t do anything about it,” says Palacios.

Palacios says those 109 days also includes time for employees to compile comments collected during the comment period and it also includes about 3 weeks to allow US EPA to review and incorporate its own changes.

Palacios says he signed the permit on January 14.

“It’s not yet open, but with the permit they can certainly open tomorrow if they wanted to,” he says.

Palacios says that despite GBB’s concerns that this supposed delay could compromise the deadline for meeting the entire consent decree with the federal court, this issue was never one of them.

“It’s unfortunate that sort of a false alarm was set off,” he says.

You can read the documents below.