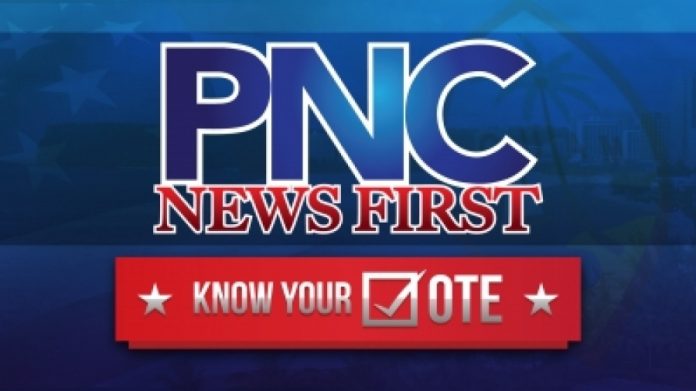 Know your vote airs on PNC’s News First every Wednesday and Friday.

Dededo Mayor Melissa Savares is running for Mayor again because she wants to see some of the projects and programs that she has begun to their completion or at least to the point where she feels comfortable passing the projects on to a predecessor.

Why should Dededo residents vote for Savares again? “I think I’m a proven leader they can come to my office and speak to me. I work as a team member my staff and I are all equal. We all work together I work with anyone. My Vice-Mayor and I have been very strong together working on different projects and programs in the village and I know that I can continue to do that and serve the community. So I’m asking for the support and I know that I can serve the community for another four years,” said Savares.

Stephen Guerrero is a long time GovGuam employee. He worked for the Bureau of Budget and Management Research office for 33 years and served as the Director of the Department of Labor for one year. He’s running for Dededo Mayor because after growing up in Dededo he’s frustrated with a lot of things in the village. His ultimate goals if elected is to get Dededo to be a safe village to live. However he’s also focused on starting more intramural sports in the village.

“Dededo is the largest village on island. It’s demographic and population doesn’t compare. The closest one is probably Yigo but I always ask people in Dededo why is it that when we want to play a particular sports the entire village needs to go outside and play in other jurisdictions just to play. For example softball. Dededo in the 1980s and I ran some of the programs had an intramural softball program that we had up to 40 50 teams at one time and most of them were from Dededo,” said Guerrero. Guerrero says he wants to bring this kind of intramural sports program back to the village.

Why else should people vote for him? “Because I honestly believe I have the experience the knowledge the know-how to get things done and to address the problems in Dededo I’m asking the people of Dededo to support me and vote for me as your mayor and give me that one chance to make a difference in Dededo,” said Guerrero.

Chuck Sanchez is running for Dededo mayor to reestablish the connection between the residents of Dededo and the Mayor’s office. Sanchez is a retired GFD deputy fire chief. His goals if elected include cleaning up and preventing illegal dumping in Dededo. He’s also concerned about the safety of the community and it’s park that are often frequented by drunken vagrants.

“We need to work together with the community they need to talk to me I need to talk to them alright let’s sit down. There’s got to be a reach out program definitely,” said Sanchez. Sanchez wants to address everything from street lights to stray dogs to road conditions as do the other candidates.

Why Should Dededo residents vote for Sanchez? “I ask the people of Dededo to vote for me because this is not about chuck Sanchez this is about you people…” said Sanchez. The former fire fighter promised to always take the calls of his constituents no matter how small the issue may seem. He promised to maintain a strong and open line of communication with the people of Dededo.

Know your vote airs on PNC’s News First every Wednesday and Friday.