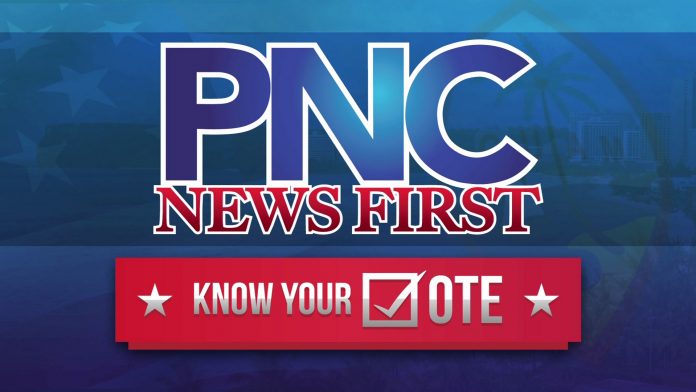 Know Your Vote will air every Wednesday and Friday.

Guam – In this segment of Know Your Vote, we interviewed two mayoral candidates in the village of Asan/Maina, incumbent Margaret Blas and candidate Frankie Salas.

Let’s start with Mayor Blas. We asked her why she’s seeking office again.

“Although we are a small village, there’s a lot of issues. I wanna finish these issues,” says Blas.

Mayor Blas says four years is not enough time to complete the projects she’s working on. Some of these projects include: “One of them is water that was, that they never had up in Nimitz Hill. To this day they still don’t have water. They have to go out and get 55 gallon water.”

“The other issue we have in Mai’na, a lot of them are still using septic tank. I would like to bring the sewer line into Mai’na,” she adds.

Mayor Blas says she would also like to reduce the size of easements in Maina for secondary roads from 40 feet to 20 feet. She says she wants to address the issue of spring water as well.

Mayor Blas says with her educational background and work experience in finance, she has brought in more accountability into the Asan/Mai’na Mayor’s Office.

“I’ve been a budget officer, finance and accounting. With the experience I had with the federal government, I brought my experience with me wherever I go,” she says.

So why should the residents of Asan/Maina re-elect Mayor Blas?

Now we talk with Frankie Salas.

“I’m running mayor to provide service, good service for our village,” he says.

Salas says he has an extensive background in government and community service. He’s lived his entire life in the village of Asan, was a part of the boys scout, served in the military and retired from the Guam Department of Education.

“There’s a lot of leadership where I went to where I believe I can handle this type of job,” explains Salas.

Just some of the issues that are important to him include the environment, youth activities and an improved community center.

“We need to have a baseball field and a basketball court,” he says. “If you look at down our Asan area is all the erosions coming in is damaging the soil. I believe that we should protect our beach side.”

Other issues Salas says he would like to address is flooding problems in the upper and lower level of the Asan area village, the Ma’ina Mokfog river, drinking water issues in upper level Ma’ina, upgrades and repairs to the Asan/Ma’ina community center and the road expansion in Ma’ina. He also says erosion problems in the Asan Memorial Beach Park is important to him.

So why should the residents of Asan/Maina vote for Frankie Salas?

Know Your Vote airs every Wednesday and Friday and will feature mayoral candidates of different villages.