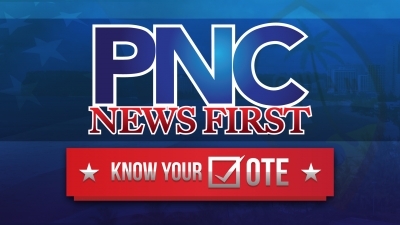 ‘Know Your Vote’ airs every Wednesday and Friday.

Guam – This week, we bring you the mayoral candidates of Inalahan.

First up is Jose Chargaulaf, or ‘Mr. C’, says he has always had a passion to help Inarajan since he was a boy.  A graduate from, George Washington High and San Jose University, he says he has been involved in the Inarajan community for a long time, sponsoring visible projects within the village.

So what are some of the issues facing Inarajan today as well as some goals you would like to achieve if elected?

“The primary issue that I listed and hopefully it’s an ongoing issue with the people of Inarajan, the residents is the Ija subdivision. That is a project subdivision under the Chamorro land trust. Its sad to say its not as complete as most people would like to see it because relocation of the lots in the wetlands ended when they were just moved, the infrastructure is a lot to be desired,” said Jose Chargualaf.

Additionally, he says he would like to form an Ija homeowners association to breathe life into the project. He also says he wants to build a permanent mayors office and in indoor recreational facility.

Chargualaf says, “I feel that I am the best candidate. I have the experience not to brag about it, I have the education, I can plan; I can execute and I’m a doer, I don’t procrastinate, when I plan something I try to finish it.”

Chargualaf Jr. Worked for 11 years at the Guam Election Commission where he says he became well versed with the law as well as the duties of a mayor.

So what are some of the issues facing Inarajan today and what goals would he like to accomplish if elected.

“There’s several issues that are important to me, right off is more community involvement and community participation. This stems from being able to communicate with our people. Really reaching out. There are a lot of people who feel that their voices haven’t been heard, I want to do several things simultaneously. Go out communicate, I want to aside from what I think is important, its important to get a feel for what is important to the community,” says David Chargualaf.

“I think I’m currently motivating and inspiring our people to come out and work together, I have a plan and I have a vision. The vision is to see Inarajan become more unified. More socially and economically vibrant, more culturally driven and more productive,” said Chargualaf Jr.

Last but certainly not least, is incumbent Mayor Doris Flores Lujan. Lujan is the first woman ever to be elected mayor in Inarajan.

So what experience does she bring to office? Lujan worked for 44 years as a federal employee working in the air force. She worked for 22 years as a secretary for the commanders of five separate squadrons and 22 years as a base records manager.

So what are some of the important issues facing Inarajan that she would like to see fixed if elected for a second term?

“I love being a public servant. It makes me feel good for my constituents to come forward and present me all their issues and concerns. I will do my best to do everything in my power to make sure they are taken care of. I fight for our people,” said Lujan.