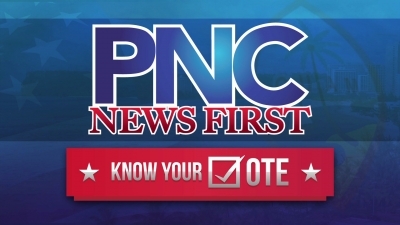 ‘Know Your Vote’ airs every Wednesday and Friday.

Guam – Today for Part 2 of PNC’s Know Your Vote, we continue with the mayoral candidates of Ordot Chalan-Pago. We talked to incumbent mayor Jessy Gogue and Republican candidate Willie Brennan.

Meet incumbent mayor Jessy Gogue. We asked Gogue why he is running for reelection. Due to the hard work of his staff, Gogue says, the village is at a point where all the hard work is about to start paying off.

“We are now at a point where we can really do some major upgrades to the community and I’m talking about infrastructure upgrades. When I first took office funding was and continues to be a problem,” said Gogue.

So, Gogue says he worked with former senators Talla Taitague and Ben Pangilinan to set up a fund for the villages of Inarajan and Chalan-Pago Ordot because of the location of the then Ordot Dump. Gogue says that fund has matured to 500-thousand dollars which he says will be used to upgrade the village and possibly build an indoor gym.

So what is his experience. Besides being Mayor for the past 2 terms, Gogue is a graduate of the naval academy. He is an engineer, which he thinks makes him the most qualified for the job. So what about the issues and future goals for the village?

Gogue says he has saved the residents of Chalan-Pago Ordot money by using recycled asphalt on the village road instead of limestone. This has allowed his staff to focus on other issues. Gogue says crime is still an issue in his village. But mainly, He says since he’s taken over, he has let his crime stats that he sends to the residents.

“so safety and crime in the community is an issue. It’s not much crime, but crime nonetheless is crime and we need to try to find ways to stop it. We’ve tried to figure and find innovative ways in notifying residents in the community where crime is happening and that’s made a huge difference,” said Gogue

“I believe, I think we have represented this village well and with true transparency and with a great deal of responsible vision for this community and I’m hoping that’s that is the leadership the community expects from not only their mayors but for all of their elected officials,” said Gogue.

Next up is Willie Brennan.

“Well you know Tim, Opportunities are just not happening for the people in the village. I see too many incidents where if we could have, if we should have, slipped by,” said Brennan.

Brennan is well known throughout the village of Chalan-Pago Ordot. Brennan joined the police department in 1978. His career was predominantly special ops where he retired as a sergeant in charge of special ops. During his career, Brennan worked with many well respected police officers such as current chief of police J.I. Cruz.

Brennan is also very involved in island Sports. He has coached national and local teams. He says this taught him the value of never quitting, no matter how hard the problem is. So what are some of the issues from his Point of view.

In the short term, he will revamp the villages street signs. He says this will help emergency situations such as allowing first responders to get to an emergency as quick as they can. Brennan also says he wants to approach the mayoral position from a different point of view. He wants to shake things up. More importantly he wants to provide the village with safety and security.

“Anybody can talk and say ‘I want to bring a neighborhood patrol into the village but do you know what that entails? It entails a lot of work versus, I’m a retired police officer. Any police officer today will tell you, the number one thing that you can provide a police officer is be the eyes and ears. I want to bring the peoples in their homes out to their yards to clean up their yards to have a little competition going in the village and have a yearly or semiannual prize,” said Brennan.

“You know because I have a passion. I have a passion to deliver. I’m not one to just speak and talk. You ask people, you ask anybody that know me both from my profession in the police department and in the sports, I never say ‘no I can’t do it. If I put my mind and I have a commitment, then I’m going to get it done. I will not quit until I get it done,” said Brennan.