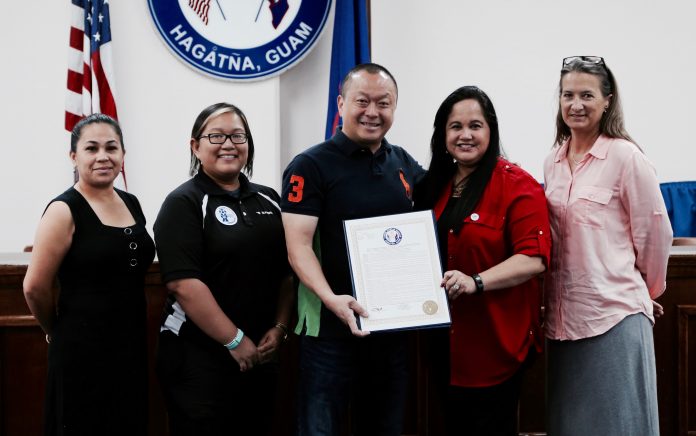 “I am very proud and honored to recognize and congratulate Guam Football Association on its 40th anniversary,”

“I am very proud and honored to recognize and congratulate Guam Football Association on its 40th anniversary,” Muña-Barnes announced at the presentation before reading details from the resolution.

The resolution, introduced during a legislative session by Muña-Barnes, Vice Speaker Benjamin J. Cruz, and Sen. Frank Blas, Jr., and unanimously supported by all senators, is “relative to recognizing and congratulating the athletes, staff, and executives of the Guam Football Association (GFA) on its Fortieth (40th) Year Anniversary; and to further extending ‘Un Dångkolo Na Si Yu’os Ma’ase’ to the GFA for its commitment to growing the sport of football (soccer) on Guam.”

After reading details of the resolution, Muña-Barnes continued by lauding GFA’s achievements over the years, including the construction and inauguration of the GFA National Training Center in Harmon in 2002, the establishment of the United Airlines GFA National Academy in 2012 and the Matao’s home victories against Turkmenistan and India in FIFA World Cup Qualifying matches from earlier this year. Muña-Barnes also recognized the efforts of the late Sen. Ben Pangelinan, who had advocated strongly the development of the community through sports and was instrumental in the growth in popularity of soccer in Guam through GFA.

“Without the full support of the government, Guam’s lawmakers, local business sponsors and the community, we wouldn’t have been able to achieve this milestone in GFA’s history and I sincerely thank every athlete, official, executive, coach, and staff member over the years who have shaped the organization to what it is today,” Lai said. “With local support through four decades, and continued backing by FIFA, AFC, and EAFF, we have seen the sport of soccer grow in Guam immensely and we look forward to continued expansion in years to come.”

GFA, the official governing body of soccer in Guam, was officially founded in 1975 and became an AFC associate member in 1991. The organization later attained full FIFA membership in 1996.

A condensed history of GFA can be found on the organization’s official Web site at http://www.guamfa.com/contact-us/history-of-gfa 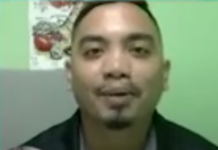