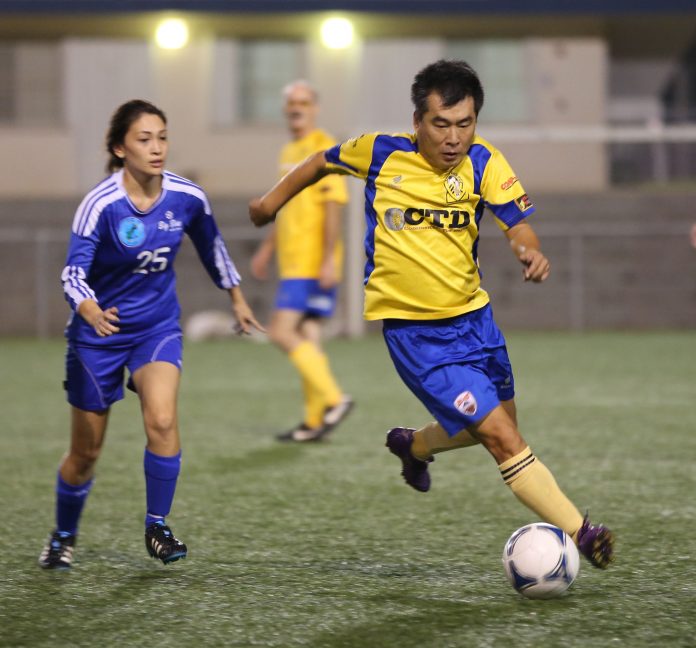 Guam – And just like that, all the fun and games from the inaugural Guam Football Association Soccer Moms League have come to a close with the league’s final matches this past Sunday.

“At first, I did not want to play at all, I refused,” said Islanders Wrecked Havoc’s Acie-Jo Cruz. “Just watching my kids play, it looks so tiring and it looks like you really need to have skill to play. My first game was so much fun – even though we may have lacked skill and technique, you can see all of us smiling and having fun during the matches.

“We’ve got to do this again – I’m so sad it’s over. I really appreciate everything everyone has done to put this new league together. I’ve been a soccer mom since my oldest son was four years old – he’s now 16 and I’ve never played that entire time,” added the Dededo resident.

Cruz comes from a family heavily involved in soccer. Another son, Javian, currently is in the GFA National Academy and her husband, Joey, is a soccer coach. The league quickly gained momentum in its early stages. What was initially planned to be a four-team league eventually doubled in days before the close of team registration, with close to 200 new players joining a team. 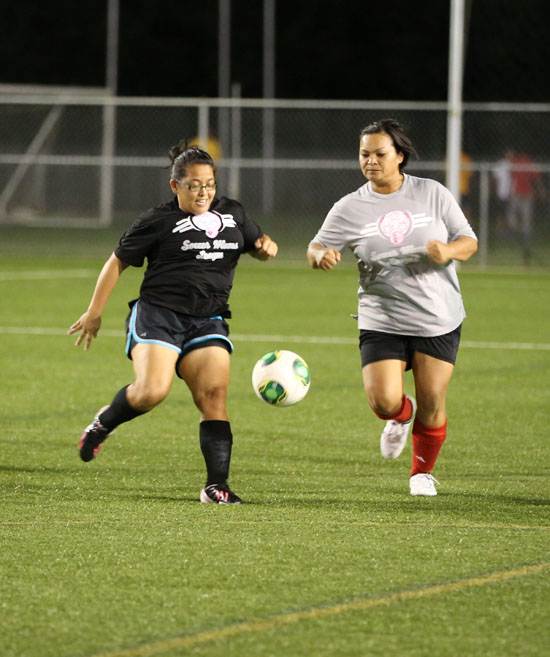 [The Heat Wave and the Power Puff Moms played in a final weekend match of the inaugural Guam Football Association Soccer Moms League at the GFA National Training Center.]

The league also attracted many spectators, including the players’ children, who cheered for their mothers throughout the short season.

“From watching my kids play in matches, it seems easy but on the field playing, I quickly learned it ain’t,” said Victorious Secrets’ Jackie Calip, who has two children playing in the Docomo Pacific Robbie Webber Youth Soccer League for Quality Distributors FC. “I literally had to be on guard and really maintain focus on the game at all times. I could feel the kind of pressure my kids feel when they’re out there playing.

“I really enjoyed the league and hope to play again. It’s a lot of fun the more you get into it,” added Calip, whose daughter Hopemary plays for Quality’s U17 team and also represented Guam with the Junior Masakåda, Guam U16 women’s national team. Calip’s son, Matthew, plays for Quality’s U14 team.

At the conclusion of the final weekend’s matches, players and their families were treated to a barbecue fiesta at GFA to celebrate the close of the inaugural league. 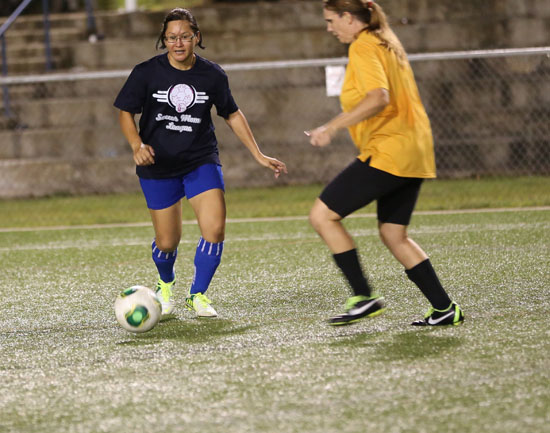 [The Wolverines Pika Mommas and the Blue Ballers played in a final weekend match of the inaugural Guam Football Association Soccer Moms League at the GFA National Training Center.]

“Some of the main objectives of this new Soccer Moms League was to first, promote a healthy and active lifestyle, second, provide a venue for friendly adult women’s competition, third, provide an opportunity for youth program coaches, parents and adult soccer enthusiasts to play the beautiful game, and last, promote soccer as a sport for people of all ages,” said Grace Martinez, GFA Women’s Administrator. “I feel that we achieved these objectives in the short season. We were able to put on this inaugural league thanks in great part to a generous grant from FIFA to grow women’s football, and we look forward to another Soccer Moms League soon.”

Although dates have not been finalized, the second edition of the GFA Soccer Moms League may begin as early as February, Martinez said. The new league was part of GFA’s plan to expand its women’s program and was fully realized after receiving a women’s football grant from FIFA. The grant paid for team registration fees and other expenses associated with the league. Team members received complimentary jersey tops to use in matches and many also availed of Adidas shorts, cleats and shin guards made available by FIFA.