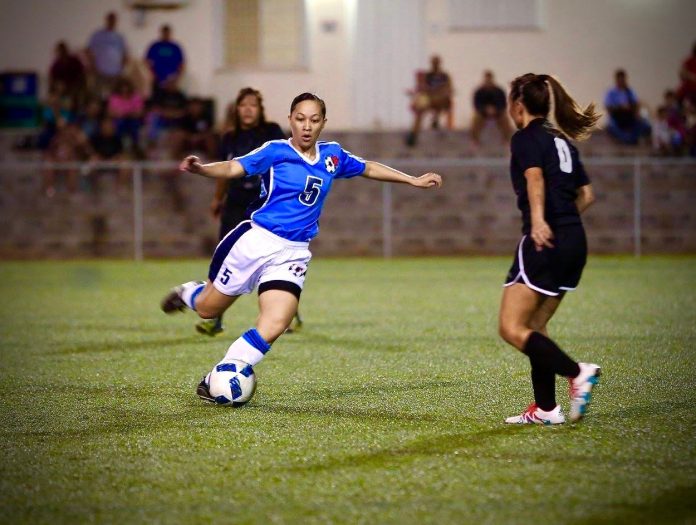 “This is my first time back to the soccer field since my high school days and I’m glad I’m playing again,”

HARMON – Joining FC Familia and playing in the team’s opening week match of the Guam Football Association Women’s Intermediate 7-A-Side Recreational League Sunday was a homecoming for many players like Erin Retuyan.

“It felt awesome – this is my sport, the one sport I loved to play when I was still in school. With my family and work, I hadn’t really made time for myself to come out to play soccer since high school, but now that I’m back, I don’t think I’ll be able to stop. said Retuyan, who played for the George Washington High School Geckos in the early 2000s. “With FC Familia being one of the newest teams in the league, this first match we played was very exciting and I’m proud of the team. Our team has a wide range of skill levels, from those just learning the sport to those with experience, so this intermediate league is a good place to start for us. The goal our coach set out for us is just to learn the game – learn the fundamentals and apply those skills in matches. If we can do that and work as a team during matches, then we’ve already won. Winning matches against our opponents is just a bonus,” the Yigo resident added.

Matches kick off at 3:15 p.m. on Sundays, with the final two matches of the day kicking off at 7 p.m.