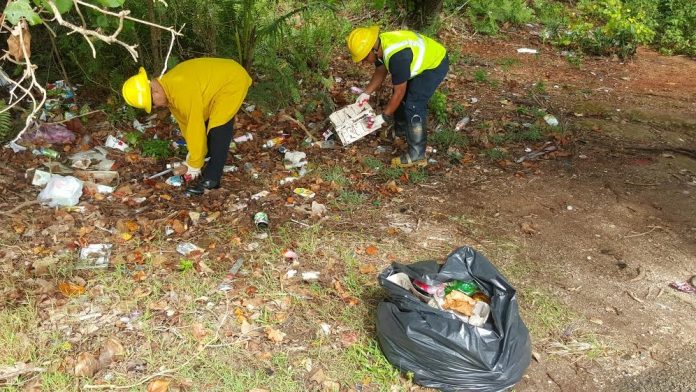 GFD says this is their way of giving back to the community.

Guam – It was a productive Monday morning for the Guam Fire Department!

About 20 fire fighters gathered at FB Leon Guerrero Middle School and teamed up to cut grass, remove debris, and pick up trash around the Yigo campus. GFD Chief Joey San Nicolas says this is part of the department’s community service project.

He says this isn’t the first time they helped out a school and it’s definitely not the last.

San Nicolas says, “This particular effort was led by John Anthony Muna and his 19th Fire Cycle. What they did is put a call out for the fire fighters to come up and help out the schools. This being the first of many. He coordinated with DOE officials. We’re just here to do our part and contribute.”