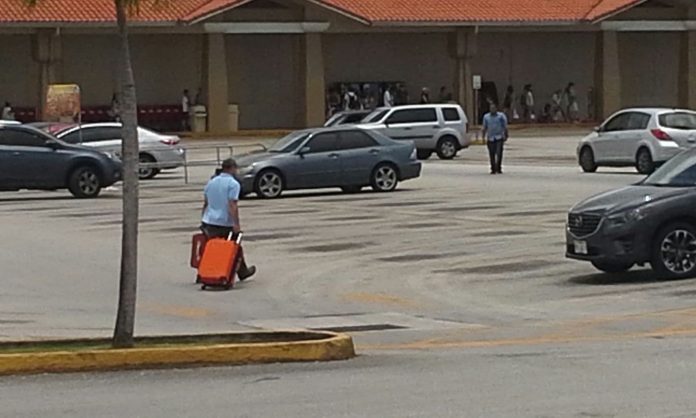 The suspicious package was reportedly an orange suitcase.

Guam –  Latest update, GPD has given the all clear. According to GFD spokesperson Kevin Reilly, the suspicious package turned out to be an orange suitcase containing food and clothing.

In a statement, Reilly says, “Responding agencies treat every call as a potential threat and will continue to do so in the interest of protecting our Island community.”

In response to the suspicious package, Guam Fire and Guam Police evacuated Triple J and Mobil gas station in front of Kmart.

Currently, Guam Fire, Guam Police, FBI, and EOD are on scene. Both northbound and southbound lanes along Rt. 1 in front of Triple J and Mobil are being blocked off. Drivers are asked to seek alternative routes until roads are opened back up.