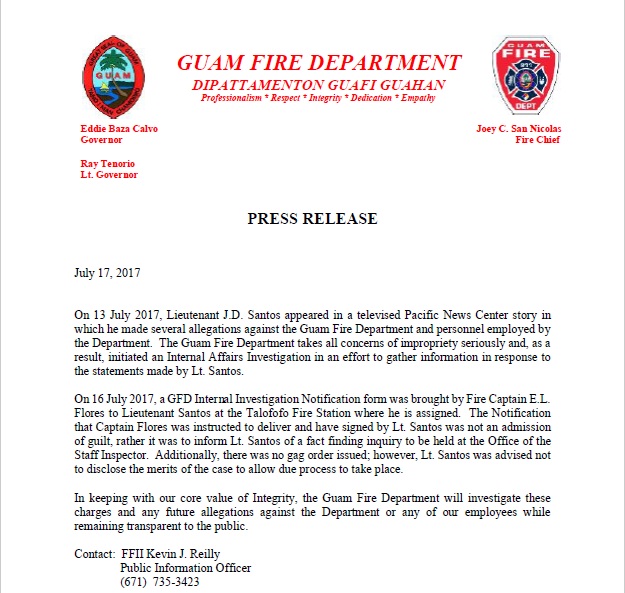 “The Guam Fire Department takes all concerns of impropriety seriously.”

Guam – The Guam Fire Department is on a fact-finding mission after allegations of handpicking promotions surfaced last week.

In a statement sent to PNC, Kevin Reily GFD’s Public Information Officer, wrote quote, “The Guam Fire Department takes all concerns of impropriety seriously and, as a result, initiated an Internal Affairs Investigation in an effort to gather information in response to the statements made by Lt. Santos.”

Reily added that Fire Captain E.L. Flores brought Lt. Santos a GFD Internal Investigation Notification form and that no gag order was issued. Rather, Santos was simply advised not to disclose the merits of the case in order to allow due process to take place.

GFD says they are currently investigating Santos’ charges and any further allegations made against the fire department.

Building a new public hospital could take up to 7 years

An arrest has been made in the case involving a dr