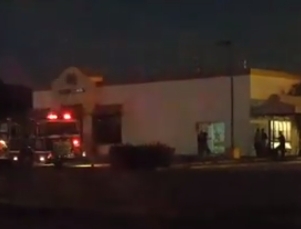 The Guam Fire Department was also busy over the weekend from another fire to reported distressed swimmers.

Guam – GFD responded to a structure fire at Taco Bell Dededo yesterday evening. Initial reports stated that there were no visible flames but there was heavy smoke coming from the building. According to GFD PIO Kevin Reilly, the fire must have been caused by an electrical short. GFD also responded to Rick’s Reef by Sheraton yesterday and Gun Beach earlier today for reported distressed swimmers, but fortunately, both turned out to be false alarms.