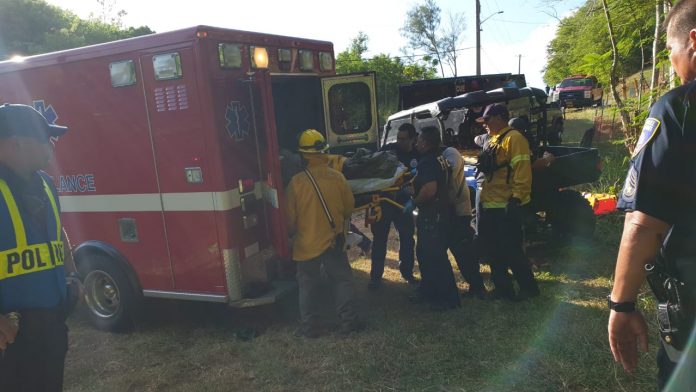 A man died Saturday morning after he fell 100 feet inside a Talofofo cave, according to the Guam Fire Department.

It happened just before 11 a.m.

GFD spokesman Kevin Reilly reports that a Caucasian man, estimated to be between 50 to 60 years old, fell while climbing inside the cave.

Due to the severity of the injuries from the fall, Reilly said CPR was withheld.

The man was part of the Boonie Stompers hiking group exploring the Talofofo caves.

Rescuers recovered the body of the man late Saturday afternoon.  His identify has not yet been released.