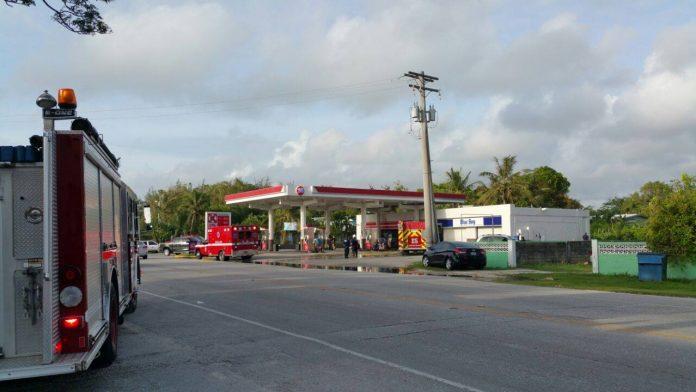 After a thorough investigation, the Guam Fire Department ruled the fire that broke out at the Circle 76/K in Agat yesterday afternoon as “accidental.”
GFD Spokesman Kevin Reilly tells PNC that combustible material stored near the gas station’s refrigerator compressor ignited and caused the accidental fire.
Reilly says the 911 call was made at 3:15 yesterday afternoon. Units arrived a few minutes later and the fire was under control by 4:14 pm. Roads were blocked for several hours in both directions along Route 2 near the gas station and were reopened just after 5 pm.
As of today, the gas station is closed and, according to Reilly, only suffered smoke damage throughout the building. He says because 76 personnel executed their evacuation plan, no injuries were reported.