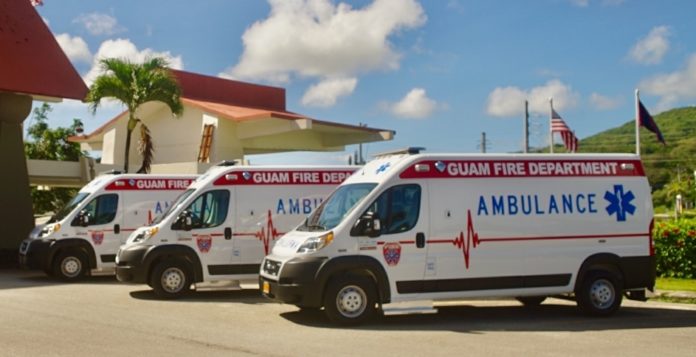 The ambulances were bought with grant monies provided by the U.S. Department of Justice as well as with Guam Fire Department offset funds. Each FR Conversion Dodge Ram ProMaster ambulance cost $114,000 for a total cost of $798,000.

Three of them were on display during a ceremony at Adelup Monday. The other 4 have already been assigned to different fire stations around the island. 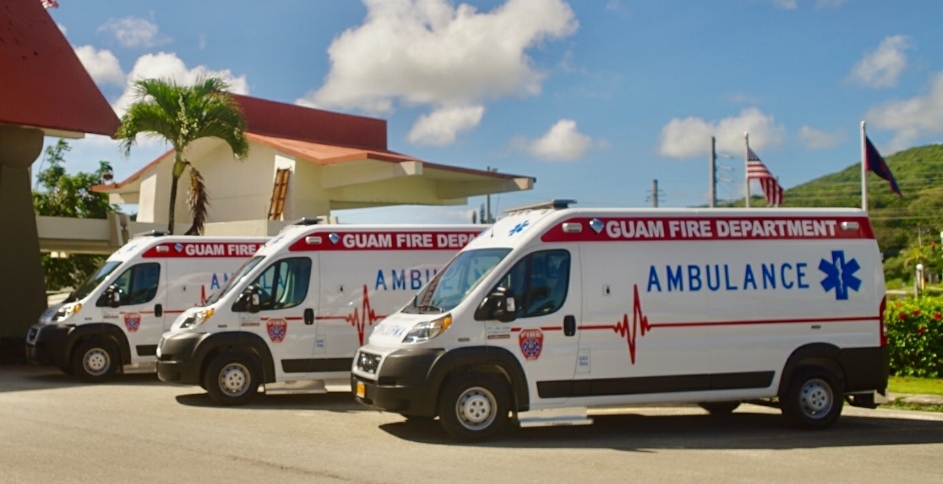 “The additions to our fleet of emergency vehicles will greatly bolster our response efforts as we continue to combat the COVID-19 crisis,” said Fire Chief Daniel Stone in a news release.

The Chief pointed out that the Guam Fire Department responds to roughly 18,000 emergency calls annually. He said the onset of COVID-19 has caused significant upticks in emergency medical calls with GFD responding to over 500 ‘Persons Under Investigation’ (PUIs) and ‘Surveillance Case’ patient calls since March.

“Now more than ever, we lean on our first responders,” said Chief Stone. “It is critical we continue to provide these men and women the tools and resources they need to perform their jobs.”

READ the release from GFD in FULL below: 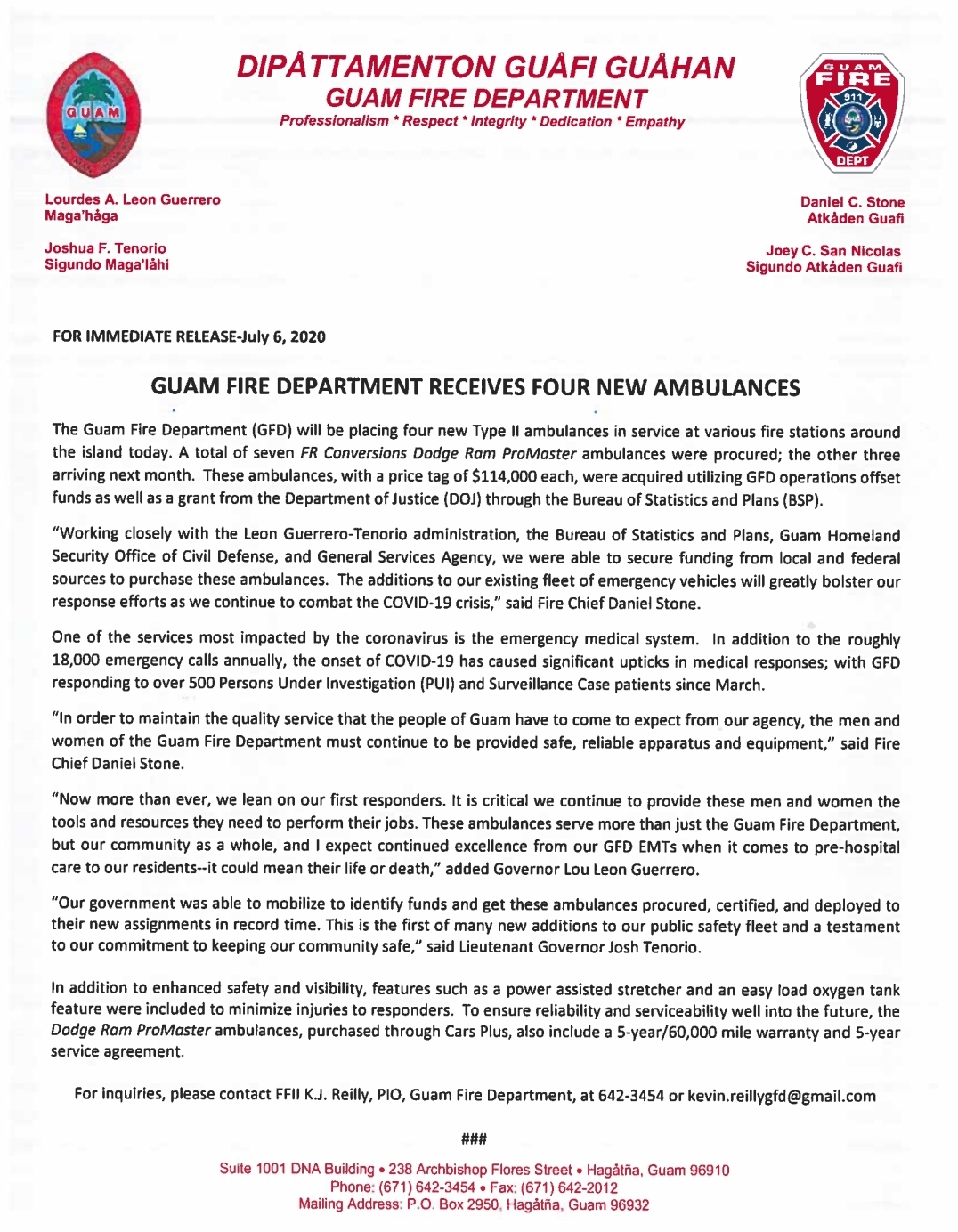