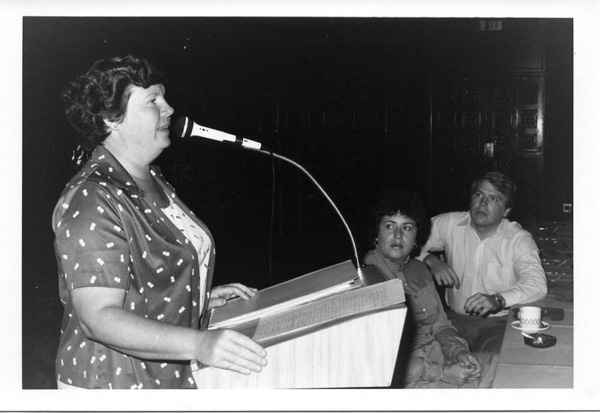 Guam – The Guam Federation of Teachers posted the following statement on the passing of former Guam Senator Marcia Hartsock.

READ the GFT release in FULL below:

The GFT would like to take this time to remember a great leader and prominent person of Guam who recently passed away.

Union leader and former senator, Marcia Hartsock, passed away in Hawaii due to her illness.   Hartsock was one of the first Executive Directors for GFT from May 1979 until January 1983.  She then became a Senator in the 17th Guam Legislature.

During her union leadership, she was a strong advocate for teachers and was involved in many of GFT’s accomplishments.  Hartsock along with then President Conrad Stinson led the GFT during their decision to strike on January 12, 1981.  The Operating Engineers Local 3 union also joined forces with the GFT in the strike.  The strike took place after the 15th Guam Legislature passed a thirty percent salary increase for only members of the legislature and a few other positions including the Governor, Lt. Governor, superior court judges, etc.  The community’s reaction was very negative and GFT spearheaded the fight, not only fairness for teachers but for all public workers.  (Confrontation in the Pacific, 2005)

Marcia Hartsock will forever be remembered for her contribution to the union and the community of Guam as she was a fighter and a good union leader.