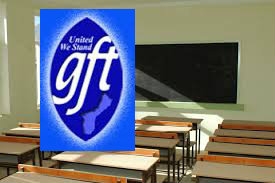 Guam – While negotiations are underway for the Department of Education Teachers’ Contract, the Guam Federation of Teachers complains that no action has been taken to move the contract for support staff forward.

GFT President Tim Fedenko appeared before the Guam Education Board on Tuesday to ask them to move the contract forward. The bargaining agreement expired in 2009. A new agreement was previously approved by the board, but it hasn’t made it’s way to the governor’s office for his signature yet.

Fedenko asked the board what is taking so long for the contract to move on from the Attorney General’s Office to Governor’s desk. The board decided to place the issue on their October 6th special meeting agenda.