Moody’s Investor Services has given Guam International Airport’s 2019 series A and B general revenue bonds a Baa2 rating.

According to Moody’s, the Baa2 rating means that the investment grade of the bonds are “medium” with “some speculative elements and moderate credit risk.”

The outlook on the bonds is stable, according to the rating agency.

A stable outlook reflects Moody’s expectation that the authority will remain on track to complete the International Arrivals Corridor project and that GIAA will continue to maintain adequate liquidity reserves.

GIAA has an “adequate capacity” to pay back the investors who bought the bonds but “adverse economic conditions or changing circumstances” could lead to “a weakened capacity” to meet its financial commitments, according to the report.

Another negative factor affecting the lower to medium rating is the airport’s “limited scale and vulnerability to event risks such as typhoons, political events, and the narrowness of the local economy, with a significant dependence on a volatile tourism sector and US military activity.”

In addition, the Baa2 rating also considers Moody’s assessment of the linkage between GIAA and the financial health and stability of the Government of Guam.  “While the airport operates fairly independently from the government, we expect that the authority would not be able to disconnect itself from any material financial stress at the government level.”

According to Moody’s report the rating benefits from the airport’s monopoly as the only commercial airport on Guam and GIAA’s “ratemaking framework” which has supported stable operating performance, despite “volatility” in visitor arrivals.

United is the largest carrier at the airport, representing around 38% of FY 2018 enplanements. 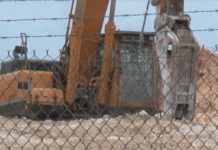