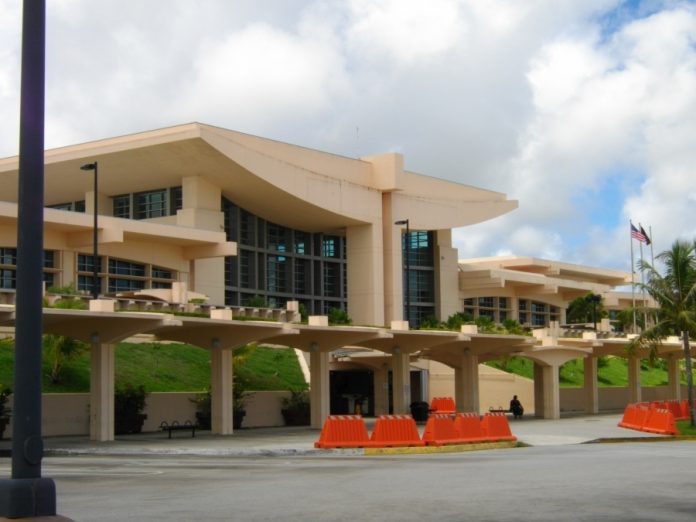 An audit was recently completed of the Guam International Airport Authority.

(GIAA) – Results of the Fiscal Year (FY) 2016 Financial Statements of the A. B. Won Pat International Airport Authority, Guam (GIAA) were presented and approved by the Board of Directors at its regular meeting of January 26, 2017. The audit was performed by independent auditors, Ernst & Young, and gave GIAA a “clean” opinion on its compliance report for FY 2016 financial statements and major federal programs.

The Office of Public Accountability highlighted in its report that GIAA should be commended for achieving low risk auditee status for the second year in a row, having achieved this status for the first time in FY2015, after 22 years since the Authority achieved that status.

The key highlight to the GIAA’s FY 2016 fiscal performance was the Authority’s ability to achieve a 1.75 Debt Service Coverage over the 1.25 debt service requirement under the 2013 GIAA Revenue Bond Indenture. This is a testament to the Authority’s fiduciary prudence in managing its resources and providing a superior level of service while maintaining security and safety in all aspects of airport operations. Net results of FY 2016 also resulted in a decrease in the cost per enplaned passenger 1 assessed to our signatory airlines from $16.54 in FY 2015 to $16.30 in FY2016.

Throughout FY2016, the GIAA employed fiscal prudence and revenue enhancement to provide a low cost structure for airlines and conducive business environment for service providers at the Airport. Other highlights are noted below:

Passenger enplanements for FY 2016 increased by 4.8% from 1,692,943 in FY2015 to 1,774,590 in FY2016. The increases can be attributed to the 35.2% increase in Korean visitors reported by the Guam Visitors Bureau (GVB) in FY2016. The proliferation of Low Cost Carriers, Jeju Airlines, Air Busan, Jin Air and T’way Air, along with Korean Airlines accounted for 32.9% of visitors. GVB also reported an 11.4% of growth in the China market. These markets were serviced by Eva Air and China Airlines via Taiwan, United’s direct service to Shanghai and a series of charters operated by Dynamic Airlines out of secondary cities such as Guangzhou, Chengdu, Dalian, Nanjin, Shenyang and Zhengzhou. Cebu Pacific’s entry into the Guam market in March 2016 was enthusiastically received and provided a third, lower cost option for direct service to Manila. Cebu Pacific increased seat inventory by 820 seats weekly to Manila. The trend of low cost carrier operations on Guam is anticipated to increase with continued aggressive route development programming throughout FY2017.

In FY 2016, the Authority increased operational revenue and decreased operational costs. The Airport ‘s operating revenue increased to $65.6M, compared to $64.2M in FY2015. This can be primarily attributed to increases in revenue from facility and system usage charges, and concession fees from food and beverage and car rentals that increased proportionately with the growth in passenger traffic in FY 2016. Concurrently, operating costs decreased by $936K in FY2016 due to decreases in contractual services and personnel services combined with decreased power costs and lower fuel surcharges assessed in FY2016, along with fiscal management of contracted engineering services required under the $167M Capital Improvement Program underway in various phases of completion at the Airport. The Authority ended FY 2016 with a 2.7% increase in net position, up to $320.6M from $312M in FY 2015.

“We closed the year with a healthy debt service coverage (DSC) ratio of 1.75, well over the required 1.25 DSC required by our 2013 General Revenue Bonds,” Charles H. Ada II, Executive Manager stated. “That ratio is a true reflection of our strong fiscal performance and adherence to our fiduciary responsibilities. Our focus for Fiscal Year 2017 is moving aggressively forward with our capital improvement projects.”

Most notable of the Authority’s capital improvement program is the 3rd Floor Concourse Isolation Project, a permanent solution to the TSA mandate to separate arriving and departing passengers and finally eliminate the temporary partitions that run through the existing concourse.

Another significant project is the completion of the Hold Bag Screening Relocation project which would relocate the TSA screening pods behind ticket counters that would facilitate passenger processing and recapture the ticket lobby floor areas, and tripling capacity in this area.

Other projects include a new facility for our Aircraft Rescue and Fire Fighting crew, a new cargo apron adjacent to the integrated cargo facility and many other upgrades, improvement and enhancements. “We are committed to aggressive marketing to grow our business and will continue to remain financially prudent to safeguard Guam’s most valuable asset to our island’s tourism-driven economy,” Mr. Ada concluded.