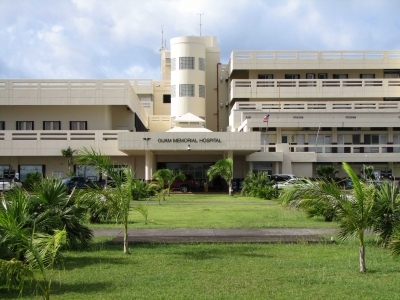 Lewis called the section of the building “unsafe” at an earlier board meeting.

Guam – Ted Lewis, Guam Memorial Hospital’s administrator is clarifying the situation with the condition of the hospitals Z wing.  While Lewis called the Z wing unsafe and dangerous during a board meeting last week, he wants to emphasize that it is not a unit where patients are treated. Also, while he initially stated that a consultant told him a strong earthquake could bring down the section, he points out that a maginitude-8.5 earthquake is a rare event. Lewis says that the Z wing is a separate building and it is not structurally connected to the main hospital. But the Z wing, he says, has been deteriorating over a long period of time and he called GMH’s move to relocate staff and demolish the building…prudent. He says that at some point in the future, GMH will demolish the building and use that space for another purpose.

“It was just his opinion. Yeah, going into the future, with the gradual deterioration that’s been taking place [at the Z wing] over the years, at some point, if you ever had like a once in a hundred year earthquake or something greater than 8.5, and again a lot of structures on the island would be,” said Lewis.

Lewis says that they are still in the planning stages of relocating employees from the Z Wing. Once they begin relocation, the process should take about two weeks according to Lewis.