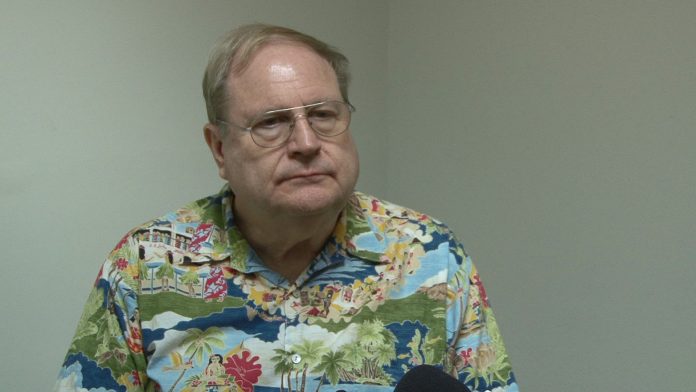 GMH CEO Ted Lewis says that he’s confident that once the EEO process is over, his name will be cleared of any sexual impropriety.

Guam – Guam Memorial Hospital Administrator Ted Lewis denies the allegations of a sexual harassment complaint that was field against him.

Back in August, PNC received information from a source regarding this complaint. At the time, we sent GMH a Freedom of Information Act request asking for copies of any sexual harassment complaints filed against Lewis or any other employee of the hospital.

When GMH responded, their legal counsel, Minakshi Hemlani, told us that complaints filed against employees are part of their confidential personnel record and “are therefore not subject to disclosure under the Freedom of Information Act.”

Today, we asked Lewis again about the sexual harassment complaint. He says he wasn’t aware of any complaints back in August.

He only became aware of it a few months ago when the complaint was eventually filed with the Equal Employment Opportunity Officer.

“I was made aware of it couple months ago when the EEO person had a discussion with me about it,” explains Lewis. “My attorneys advised me not to talk about the specifics of that but I can just say that I’m confident that once the process of the EEO works its way, whatever that is, works its way through, that at the end of the day there’s not gonna be any sexual harassment or impropriety that is there toward me.”

Although Lewis says he has not yet seen the complaint itself, he does know who the complainant is and he says she’s still employed at GMH.

In fact, he says she’s “a good employee.”