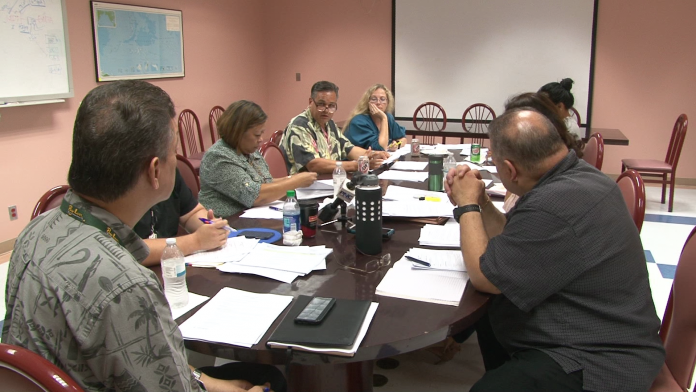 Guam – The Guam Memorial Hospital is being held to an even higher standard if it wants to dodge a bullet by the Center for Medicare and Medicaid Services—a lifeline funding source.

At a board meeting last night, hospital leaders revealed that there’s cause for more concern on top of fixing the litany of citations for CMS by the October 3 deadline.

CMS has given GMH until October 3 to correct all the citations in a report it issued the hospital following a site visit in April.

When GMH responded to the agency that provides $30 million in annual Medicare funding with it’s corrective action plan, it included a two percent sales tax. But because that sales tax has since been repealed, CMS is now concerned about how GMH plans to meet all its requirements.

At a press conference yesterday, CEO PeterJohn Camacho said CMS followed up with them last Friday and ordered them to submit an updated CAP in light of the repealed sales tax. But at a board meeting last night, more details of that phone call were disclosed.

“They stressed at that phone call, when we come back, we don’t wanna come back to soon, that’s what, those were their words: We don’t wanna come back too soon we wanna come back when you’re done and you’re ready so that all of this is completed. But they also gave us the warning other things that we have done internally auditing ourselves that we find, we better be in process of fixing those or else we’re in trouble with that,” warned GMHA Board of Trustees Secretary Melissa Waibel. “And they mentioned the electrical panel and the roof also.”

The electrical panel and ceiling tiles were not part of the citations in the CMS report, adding to the hospital’s burden of fixes. So if those items were not identified during CMS’ April site visit, how did they know about it?

“They didn’t cite us for the electrical panel when they were here. However they know we’ve done an internal audit, the hospital did, and found that that thing needs to get replaced so they said in the call, ‘We know about it. When we come to see if all the corrections have been made so that we can tell you that you’re clear, we’re gonna be checking it,'” explained Waibel. “They said, ‘Yeah we saw this in the news articles, we know you guys have already seen it so we’ll be looking to see where you’re at in the process of fixing that when we come back.'”

And, apparently, there are different degrees of importance–some citations weighing more heavily than others.

“So to get the CMS, if they cite all these things and then now they come back and they say you guys really did correct everything except for these two points, and that’s enough to lose cyour certification?” asked Trustee Dr. Ricardo Terlaje.

“It would depend on what it was. If you’re hit at a condition level it’s a worse degree of a finding than your standard level. So let’s say we’ve had several condition level findings, the board, the fiscal and everything, life safety, if they come back and find those not corrected, that is a possibility. Those you really wanna make sure…” said Danielle Manglona, compliance officer at GMH.