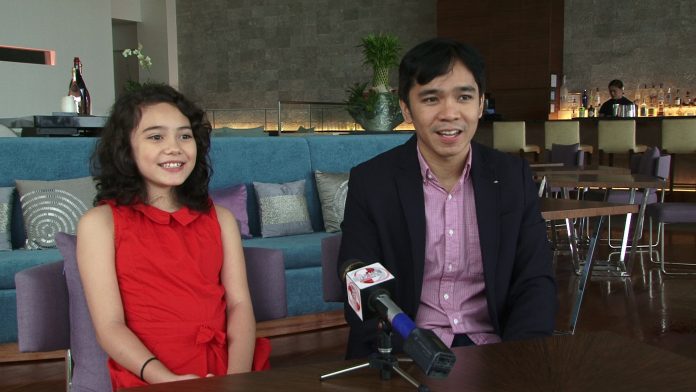 The hit Broadway musical Annie will be premiering at Resorts World Manila on September 30 and will run until mid-December.

Guam – If you’re thinking about visiting the Philippines anytime soon or if you’re just looking for a phenomenal production to watch, island residents get a special rate at Resorts World Manila for the musical production of Annie.

“In this role I have to be very hopeful and optimistic.”

Meet 9-year-old performing prodigy Krystal Brimner. She’s sweet, humble and cute but wait till you see her on the stage. At this age she’s already accomplished a lot. She’s been performing for years and just recently picked up the best child actress award at the esteemed Metro Manila Film Festival. And this cute little girl will be playing the lead role in the Broadway musical Annie.

Annie will be premiering at Resorts World Manila on September 30. RWM Director of Corporate Communications Owen Cammayo says Annie is perhaps the best musical production they’ve put together and it’s two years in the making. So, why Annie?

“It’s because it’s a very inspiring production. The story itself, it’s a message of hope, it brings out a message of hope and very relevant to the Philippines. We just had a new president and a new administration and everyone, Annie conveys the message that there’s brighter tomorrow for everyone,” explains Cammayo.

The best part is it’s pretty affordable to watch the production. Cammayo says it is made up of a stellar cast of budding and veteran actors including Michael De Mesa.

“I’d like to take this opportunity to invite everyone here in Guam. We have a ‘stay and watch’ promo. It’s very affordable, especially for Guam people,” says Cammayo.

The promo includes a one night stay for two with breakfast two and show tickets for two as well all for just 6,000 pesos. At the current exchange rate, that’s about $127.

“It’s also for the entire family. Resorts World Manila is not just for the adults, it really caters to all, across all ages,” he says. “It’s really a steal. I guarantee you and your family, your kids, you guys will have fun.”

Again, Annie premieres on September 30 at Resorts World Manila and will run until mid-December. For more visit rwmanila.com.

You can also catch a short preview of Annie’s performance at the Pink Ball this Saturday, August 6, at the Dusit Thani Guam Resort.