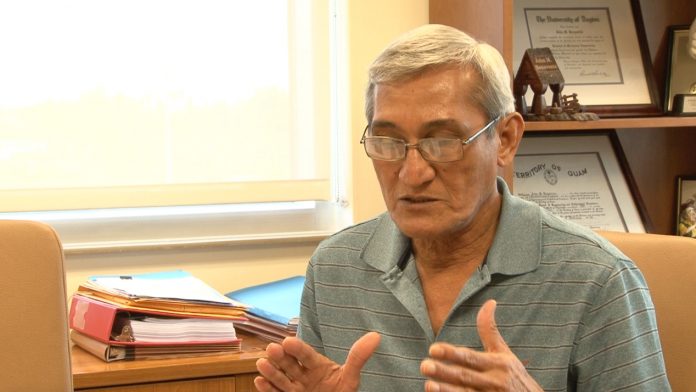 Guam – Island residents will be happy to hear that they will be paying less each month for power.

At least, once a month we dread it….the power bill. Now according to GPA, that bill will go down thanks to the elimination of two surcharges. GPA announced in a press release that they have deactivated the self-insurance fund surcharge as well as the working capital fund surcharge. GPA General Manager John Benavente explains more.

“The self insurance fund was to build up 20 million dollars and it did that as of July 31st and that is being deactivated currently and that actually is a 1.4-percent but that’s a decrease because it goes away ,” said Benavente

He goes on to explain the second dropped surcharge.

“Beginning October 1st, there will be another surcharge that will be going away and that’s the working capital fund surcharge, and what that is we borrowed some money subordinate debt to build up our working capital,” said Benavente

Simply put, GPA has been saving and paying off debts, and now the ratepayers are reaping the short-term benefits. Benavente says that by deactivating the self-insurance fund, This will offset the recent 1.4-percent increase in the LEAC rate. Furthermore, Due to the deactivation of the working capital fund ratepayers will see near 5-dollar savings. The total change ratepayers will see on October 1st is 4.66 cents or a 2.3-percent decrease for households that use 1000 kW. But the deactivation of the rate could change due to weather or natural disasters.

The self-insurance fund is a reoccurring surcharge that gets turned on or off depending on whether GPA uses it. It’s essentially money set aside to help GPA pay for power lines or poles in the event of a major disaster.  If a storm were to hit and GPA were to use at least 2 million dollars from the self-insurance fund, GPA will then have the right to reactivate the surcharge. But then there’s the price of oil. Oil plays a large role in the working capital fund surcharge. GPA created this fund to ensure the company has cash on hand to purchase oil, in the event the price unexpectedly rises. However,  Benavente says that when the price of oil is down, things are good for ratepayers.

“Its also good for GPA and its ratepayers, cause then, were always looking for ways to reduce costs and certainly one of the things that’s not in our control is oil and when it comes down and stays down, hey by all means, we’re very happy with that,” said Benavente