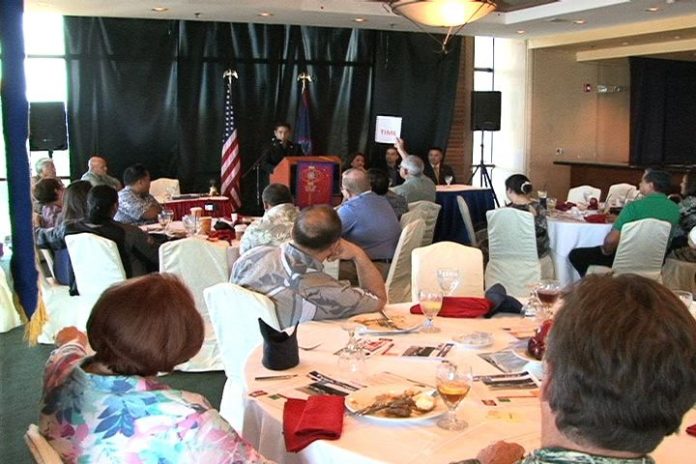 A senatorial forum is held in front of business community for the first time.

Guam – Republicans and Democrats seemed to swap sides in a forum hosted by the business community today. Senatorial candidates answered some tough questions, but perhaps the most interesting answers came from the topic of minimum wage.

Three Democrats and three Republicans answered some tough questions from the business community in a forum hosted by the Rotary Club of Guam today. And as expected, raising the minimum wage was the hot topic of the forum, a topic that has typically been divided by party lines with Democrats leaning for it and Republicans against it. But today, both sides seemed to reached across the aisle.

“I think minimum wage should be raised. $10.10 is still not enough,” says GOP candidate Felix Benavente. “Poverty is one of the biggest reasons for a lot of our problems on Guam. $10.10 an hour helps get us above that poverty line.”

GOP candidate Wil Castro: “You’re asking me if I support a 40 percent increase in compensation? Absolutely, if the revenues were up 40 percent.”

Democrat candidate Rodney Cruz: “I support it, it needs to be increased. But to support it now, to change that now, implement now … I think it’s not needed at this time because of the way our economic structure is.”

Democrat candidate Nerissa Underwood: “Raising the minimum wage is not the solution to the economic woes of our working poor. But we cannot have a wage policy that allows people to receive government assistance because their wages are just too low.”

Democrat candidate Derick Baza Hills: “Rather than talking about why I don’t support the minimum wage, let’s talk about how and the reason why president Obama and the federal government supports the minimum wage. I think that we should work with the businesses to work with their employees to give them an incentive to go to college and get  your degree and earn your higher salary. That’s the natural process.”

The panel consisted of candidates who have never been elected to office in the past.