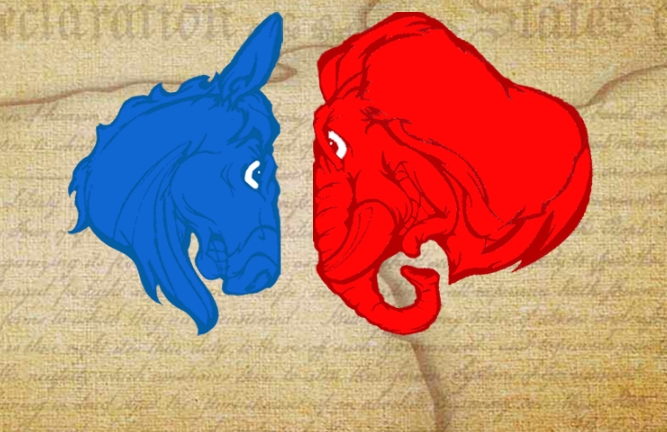 Key reasons–public dissatisfaction with President Obama’s leadership, the direction of the country…and the federal government’s ability to deal with major problems from Ebola to Islamic State militants.
Guam could face new challenges in January, from immigration to federal funding. And stop-gap spending may continue to replace regular spending bills.
Guam-born Assistant Secretary for Insular Affairs Esther Kia’aina was anticipating changes a few months ago. She says, “I am prepping for the upcoming Congress, already…and I do believe that there are administrative actions that could be undertaken…”

Kia’aina, just back from touring Guam and the CNMI, has Compact Impact funding, immigration, the military build-up and other top island issues on her radar.

But a Republican Congress could be even more frugal and anti-immigration than the waning divided one.
The GOP is expected to add eight to 10-seats to its House majority, including several Tea Party-backed conservatives…while Republicans are favored to seize control of the Democratic-run Senate.  (Shorten here)
The Senate passed before the elections, Congressman Greg ‘Kilili’ Sablan’s legislation to extend Guam and the NMI’s H-Visa cap exemption, CW and investor visas, and an NMI ban on asylum applications.
But that bill…and a free-standing House version…have not seen floor action.
Longtime GOP consultant to the islands and former Interior official Fred Radewagen says, “I think you’re going to find that if there is change in control of the Senate and the House increases its majority, which is what is being predicted by many observers these days, that there’s going to be a great reluctance to pass anything that can be held over ‘til January.”
And come January, Radewagen says things could be even tougher for the islands, with the delegates all Democrats except for Independent Sablan, who caucuses with the Democrats.

Utah Conservative Rob Bishop is expected to chair the House Resources Committee…while moderate Republican Lisa Murkowski active on island bills could chair Senate Energy and an appropriations panel that deals with the islands.

Murkowski has worked with the delegates on immigration, energy and other issues, but did not resist when GOP conservatives on energy scuttled Guam War Claims in an omnibus territories bill.