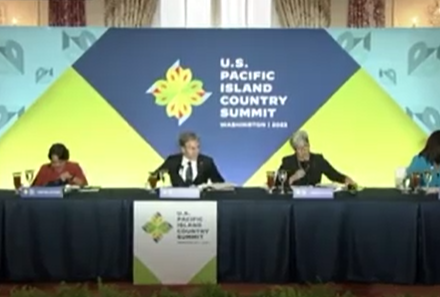 A new partnership between Guam as well as fellow islands in the Pacific is underway with the United States.

Reporting on the conference is PNC’s Don Sulat

Governor Lou Leon Guerrero said, “As they recognize the importance of these Pacific Island Regions, Northern Pacific, and Southern Pacific in the whole relationship and partnership, especially also in the areas of Climate Change, Maritime Security, discussed a lot about prosperity in the Pacific.”

Back on the island, Governor Leon Guerrero gave details on the U.S. Pacific Island Country Summit that she recently attended.

The summit, which was hosted by President Biden, unveiled the President’s Pacific Partnership Strategy.

The strategy is broken up into four objectives:

The strong US. Pacific Island’s Partnership

A United Pacific Islands Region Connected with the World

A resilient Pacific Islands Regions Prepared for the Climate Crisis and other 21st-Century Challenges.

along with Empowered and Prosperous Pacific Islanders.

Attending the conference were leaders of island nations within the Pacific, such as Fiji, Palau, and American Samoa to name a few.

During a press conference today, the Governor gave a rundown on what was discussed, with an emphasis on the ongoing battle against climate change.

Which according to President, is an “existential threat” for island nations.

Governor said, “The island leaders are very concerned about the sea-level raising, to the point where there were 6 islands that have gone underwater as a result of climate change.”

A highlight that was unveiled within President Biden’s Pacific Island Strategy, is that there will be $810M in expanded US Programs to improve the lives of the Pacific Islands. which according to the President, $130M of which will go to new investments to “support climate resilience and to build sustainable blue economies in the Pacific; prepare for climate impacts on public health and food security.”

The Governor added that the Peace Corp will also be re-established within the island, which is something that she is looking forward to. 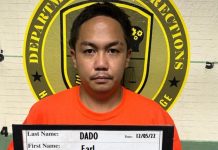 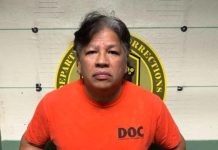