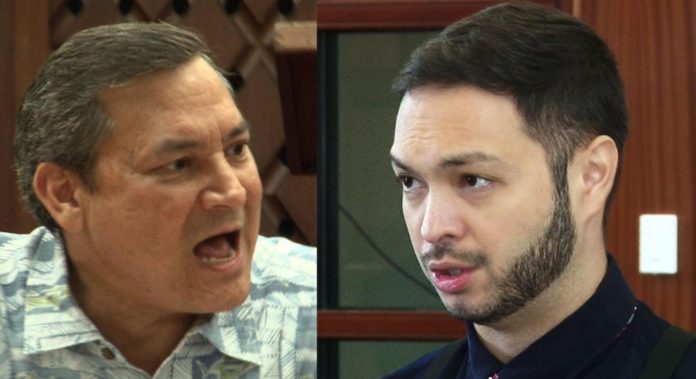 Senator Michael San Nicolas barred the governor’s bill in an effort to conform with the Standing Rules of the legislature.

San Nicolas barred the consideration of the governor’s bill in an effort to conform with the Standing Rules of the legislature. In a press release, the Democrat lawmaker wrote, “borrowing is the easy answer, but the hard truth is that the TRAN is nothing more than business as usual, borrowing for operations in order to float the overspending of the government.”

The move from the Rules Chairman prompted the following response from the governor early today on Mornings with Patti:

“I don’t know if this guy understands the rules, the rules don’t apply to a governor when a governor by his organic authority sends a bill over. No standing rule can supersede it unless it’s passed into law. I’m not even a lawyer, but I’m waiting for someone to say, ‘what’re you talking about?’ ”

Special session for the governor’s bill will be heard at the legislature tomorrow at 9am.