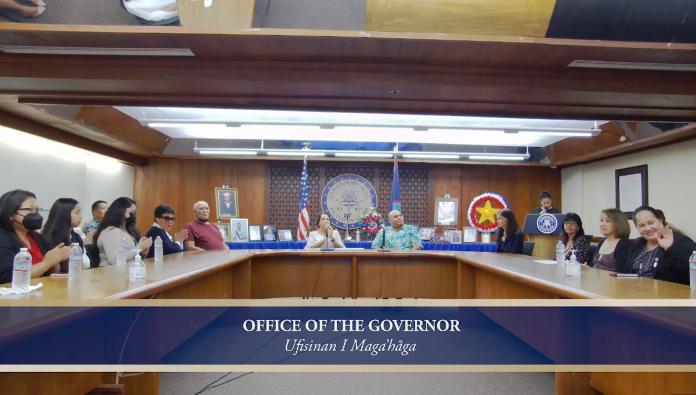 The Governor of Guam proclaims September as the Gold Star family month to pay respect to fallen heroes and their families.

In memory of the men and women who have fallen dedicating their lives to protect Guam and the nation’s freedom, Governor Lou Leon Guerrero held a proclamation last Friday to name September Gold Star Families Month.

The Governor also proclaimed September 25th as Gold Star Mother’s and Family Day in tribute to families who have fallen military members and to also pay respect to the service members’ sacrifices.

For more than a century, the Gold Star has been symbolic of a family member that was lost in the line of duty. This proclamation is a way to ensure their memories are never forgotten.

As an Island that has experienced the threat of loss of freedom and peace because of the war, their lives and sacrifices have not gone unnoticed or without value, said Governor Lou Leon Guerrero.

Governor added, “Throughout the history of Guam and our nation we have always been stepping up, and we have been sacrificing the lives of our sons, our husbands, our wives, and our daughters for the protection of freedom and democracy not just here but throughout the nation. I want you to have some solace in the fact that their lives and their sacrifices have not gone unnoticed or without value.”