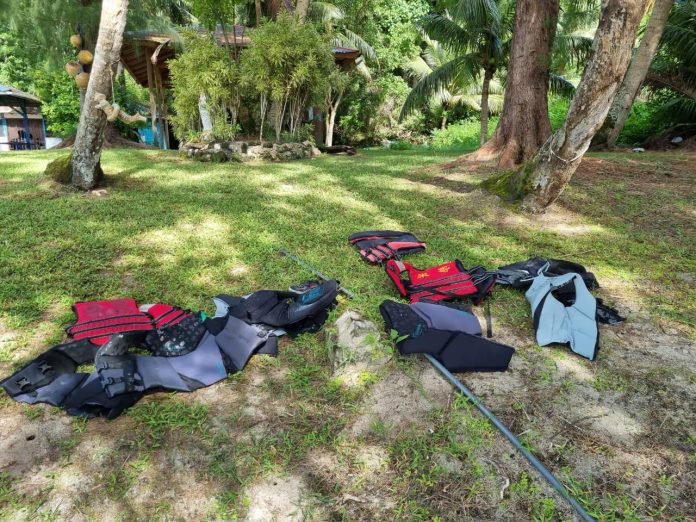 The Secretary of Homeland Security is aware of the illegal nationals coming to Guam – said Governor Lou Leon Guerrero.

The Governor gave her comments on the recent influx – and viral social media videos – allegedly showing foreign nationals entering the island’s boarders through the back door.

According to Customs and Quarantine Director Ike Peredo, foreign nationals have already been entering the island in odd locations for a year.

A source from Guam Coast Guard told PNC, “It’s not so uncommon. It happens more than you would think.”

The source added that this isn’t the first instance of foreign nationals entering the island.

A viral social media video shows what appears to be Chinese foreign nationals hiding behind the tree line near Ritidian.

In the video, the three individuals are seen coming out of the jungle and entering a car parked in the middle of the road.

Governor Leon Guerrero shared that, legally, their hands are tied when dealing with the arriving Nationals.

“I don’t know the exact legal reasons why they can’t arrest them,” the Governor said. “But if they have not committed a crime or they aren’t a threat to the public, then they cannot detain them.”

The Governor shared that Guam Homeland Security is aware of the situation — and that their power goes only as far as taking their names, monitoring them, and logging them into their system — but not arresting them.

Federal agencies have expressed to the Governor that they have no jurisdictions in areas that are not authorized ports of entry.

Leon Guerrero added, “the Federal Government is just as frustrated too.”

She emphasized the fragility of taking legal action against the foreign nationals, saying that it could be a violation of their civil rights should local law enforcement move to arrest them.

The Governor shared that they are likely coming to Guam to find work, which raises possible human trafficking issues.

She shared, “When these people come over here, what do they do? Are they hired? Do they become… you know… abused laborers of where they work at? We don’t know also.”

The most recent data by the Human Trafficking Institute reports zero cases of human trafficking on Guam in 2020. However, according to the U.S. Department of Health and Human Services — the island saw 10 reported cases of potential trafficking from 2012 to 2016.

According to the Governor, the most that law enforcement agencies can do is send the foreign nationals to the Immigration office to be processed and monitored.