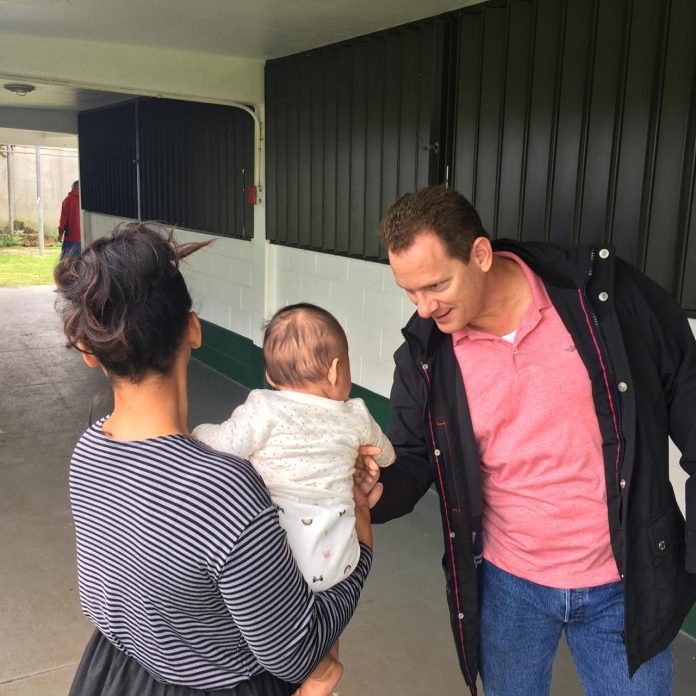 Guam – Early this morning, PNC caught up with Lt. Governor Ray Tenorio as he visited the Maria Ulloa Elementary School typhoon-shelter. According to the LT. Gov., Maria Ulloa was the most populated shelter – over 200 individuals sought shelter at the Dededo school.

Tenorio stated that he wanted to thank all the employees of the Government of Guam, and placed an emphasis on “all the fine employees here at the Department of Education who have come out here to try to help our people and make sure that they have shelter.”

Tenorio continued by saying that people were worried about their homes and GovGuam wants to make sure that every Guam resident was safe. “You know last thing we want is anyone injured or killed from this or any kind of event. Public safety is the number one priority that we have.”

But the work doesn’t stop there for the Lt. Governor and the Government of Guam. According to Tenorio, island-wide assessments are ongoing. DOE officials have already started looking at their facilities since schools need to be up and running as soon as possible. When it comes to the major infrastructure such as power and water, there are a few minor pockets of power outages based on the information Tenorio received this morning, there was also a water leak in Jonestown that had nothing to do with the storm. With regards to that, Tenorio states “We are working on that. We are trying to get everything restored as quickly as possible.”

As the Government begins the recovery process, the Calvo Administration is aware of the tragic aftermath that our brothers and sisters in the north are facing. And like everyone who calls Guam home knows, the spirit of Inafa’Maolek, means that Guam won’t leave them to recover alone.

“I’m really concerned about the Northern Marianas Islands. The CNMI has taken a really big hit and we all know that, we have seen the videos, some of the photos. The Governor and I will be reaching out to Governor Ralph Torres and the NMI government if there is any assistance we can render not only to FEMA but also local, and federal officials to make sure they get all the support they need.”

As of the 11 am Joint-Information-Center update today, there were 629 people in shelters early this morning. People have started returning to their homes. Three shelters have closed, with less than 300 shelterees remaining. GDOE has stated that all 41 schools will open tomorrow.